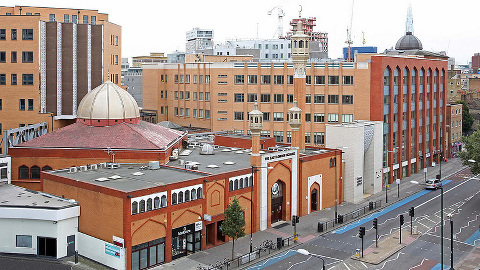 At approximately 12.00pm today the East London Mosque and London Muslim Centre management was contacted by police, alerting us to a possible bomb threat.

The entire complex was evacuated safely, whilst mosque staff assisted police in checking for any suspicious packages.

The buildings were declared safe an hour later, just before the midday prayers. Dilowar Khan, our Executive Director, later informed worshippers to report any suspicious behaviour or packages to staff.

We remain vigilant in the face of such threats.

Update:  Here is a selection of responses by English Defence League supporters to the ELM’s report of the bomb threat, taken from the EDL’s Facebook page: