The English Defence League have announced their plans for a demonstration in Tower Hamlets next Saturday, 7 September. They propose to end the march with a rally at Altab Ali Park. Quite how they’re going to manage that is unclear, given that the Borough of Tower Hamlets has banned the EDL from using the park, as Mayor Lutfur Rahman made clear in a press release over a week ago. 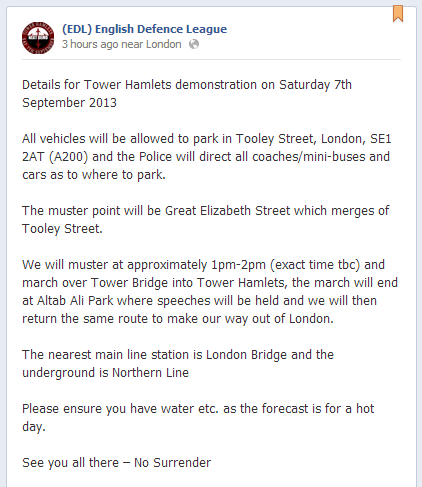