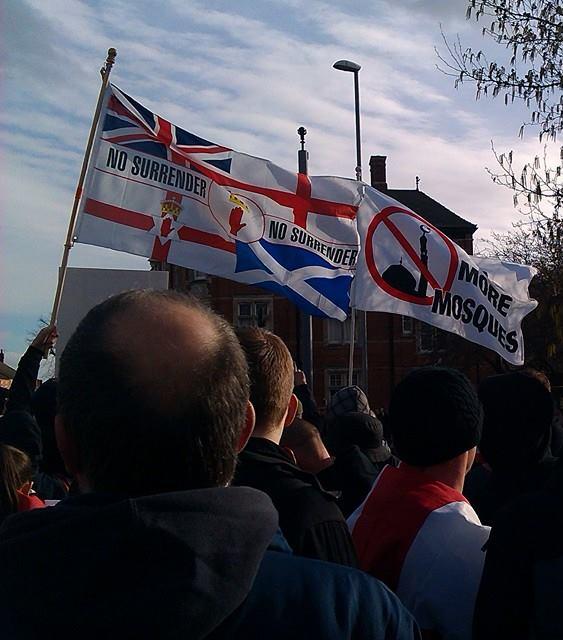 The English Defence League held a demonstration in the Lincolnshire town of Grantham on Saturday, in opposition to plans to build a new Islamic centre there.

It drew an estimated 160 protestors, though the EDL itself, with predictable exaggeration, claimed that the turnout was between 200 and 250. Around 100 of the EDL’s opponents joined a counter-demonstration organised by Grantham Solidarity Network.

The Grantham Journal disgraced itself by publishing what was little more than EDL propaganda, with reports headed “Mixed race woman on EDL march in Grantham says group ‘are like family'” and “EDL say Grantham protest rally was ‘brilliant'”.

Can you imagine an antisemitic far-right group demonstrating against the building of a synagogue and being given such sympathetic press coverage? But the Grantham Journal is happy to give legitimacy to far-right Islamophobes protesting against a planned mosque.

Needless to say, this met with the enthusiastic approval of the EDL. 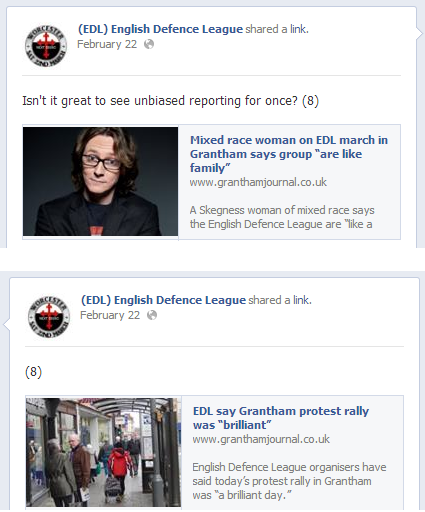