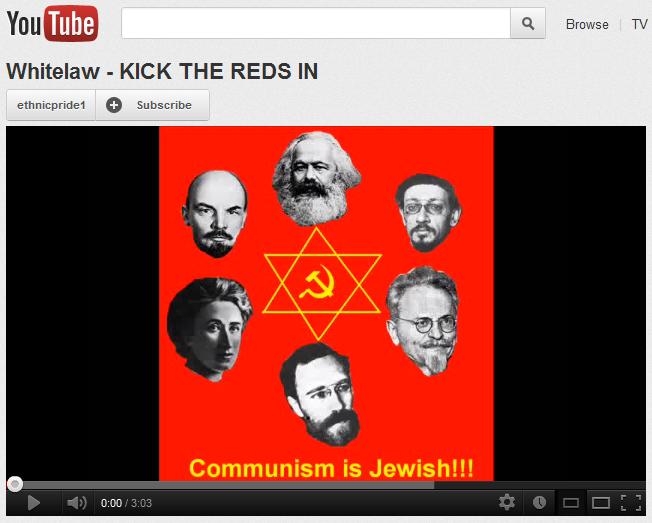 Not content with getting three of its members arrested during a recent demonstration in Chelmsford, the English Defence League is returning on 18 August to continue its protest against the plan to build a so-called “mega-mosque” in the Essex city.

The EDL Essex division are publicising the event on their Facebook page. As you can see, one EDL member has responded to leftist critics of the demonstration by posting a link to a YouTube video (see above) featuring a song by the neo-Nazi band Whitelaw entitled “Kick the Reds In” (this is what passes for a witty pun in Blood & Honour circles).

Objections to the EDL’s endorsement of this fascist and antisemitic video have been immediately deleted by the EDL admins, but the link itself has been allowed to remain. But then, this only confirms what we already knew about the political links of the Essex EDL leadership, doesn’t it?

Essex EDL – “not racist, not violent, just no longer silent”? Actually, no. In reality a gang of Nazi-sympathising thugs who openly threaten to burn down mosques and kick their political opponents’ heads in.