A blog called European Son has an interview with James Cohen, the recently-appointed head of the English Defence League’s Jewish Division.

The bit that made me laugh was where the interviewer points out “there have been many, many photographs of EDL members giving Nazi salutes”, to which Cohen replies that “a lot of those pictures are just guys hailing taxis, and waving at friends”. 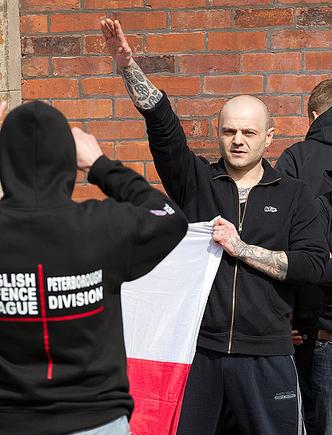