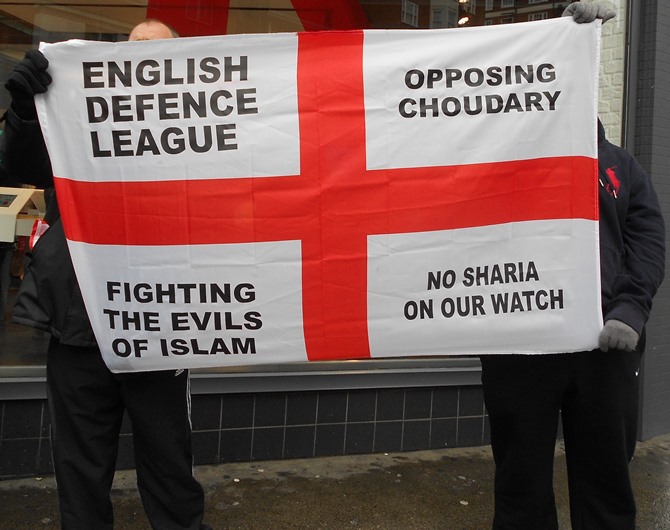 Anjem Choudary had announced that on Saturday afternoon, as a follow-up to their recent anti-alcohol protest in Brick Lane, his tiny group of extremists (now operating under the name of The Shariah Project) would be holding a Rally Against Gambling on the Edgware Road. Shortly before the event was due to start, however, Choudary issued a press release stating that the demonstration had been called off “due to severe weather conditions” – i.e. it was raining. Evidently the resources of The Shariah Project don’t extend to providing its supporters with waterproof clothing.

This is, of course, what we have come to expect from Choudary. Time and again he pulls the same stunt. The March for Shari’ah in London in 2009, a demonstration in Wootton Bassett in 2010 against the invasion of Afghanistan, a rally outside the White House the same year to advocate sharia law in the US, a protest against the royal wedding in 2011, a supposed conference at the Lal Masjid in Islamabad in 2102 – in every case Choudary announced some provocative action and then, having wrung the maximum amount of publicity out of the resulting controversy, he released a last-minute statement that the event has been “postponed”. The surprising feature of the Brick Lane anti-alcohol protest was that it even took place at all.

Despite the no-show from Choudary at Edgware Road, the English Defence League and its far-right allies – reportedly including March for England, the Casuals and the South East Alliance – went ahead with a counter-protest. One of the participating groups, Britain First, which originates in a split from the British National Party, declared that Choudary had bottled out of holding his demonstration “in the face of a threatened major turnout from patriots of Britain First”. Judging by their own photograph, the “major turnout” consisted of around two dozen people.

Frustrated by the absence of Choudary and his followers, the EDL moved on to gather outside the London Central Mosque at Regent’s Park – which of course has no connection whatsoever with The Shariah Project – and proceeded to shout abuse at them instead. Here the EDL proved no less predictable than Choudary himself. As they have repeatedly shown, the EDL’s real target is not Choudary’s small band of provocateurs but the Muslim community as a whole. 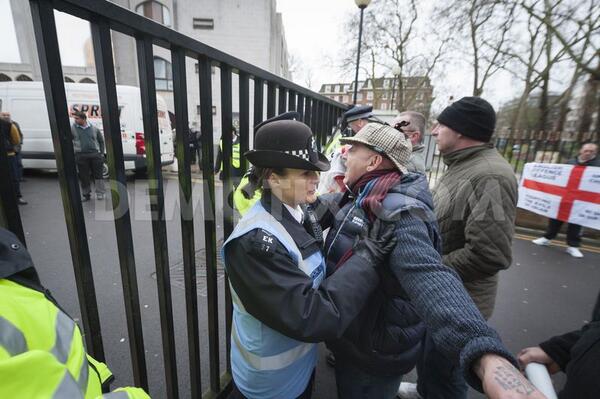