Organisers of a planned protest by members of the English Defence League have called it off.

Lincolnshire Police had been contacted by the English Defence League, expressing a wish to hold a local protest in Station Road, Sleaford this Saturday, January 11, but the organisers have now got back in touch to say it is cancelled.

Although not specified by the EDL, the protest was due to be close to the site of a planned prayer hall on Station Road by the local Sleaford Muslim Association.

It would appear that the decision to cancel was taken by the EDL at national level – to the disappointment of the local leadership and the anger of others on the far right: 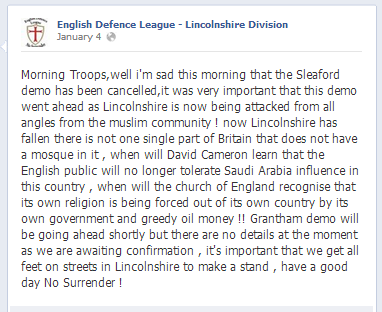 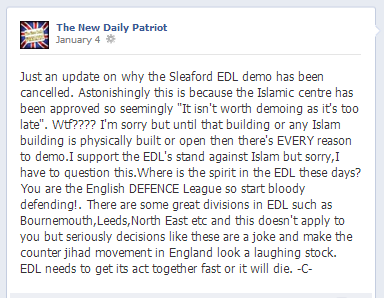