Where does the English Defence League get its ideological inspiration from? Well, obviously from the likes of Robert Spencer and Pamela Geller, with whom the EDL is jointly organising the launch of a “worldwide counter-jihad alliance” in Stockholm in August.

However, the international counterjihad movement is not the only source of inspiration for the EDL. They also take their cue from the terrorism-supporting Zionist blog Harry’s Place, as is shown by their enthusiastic response to a “call to action” against a so-called “jihadist conference” in London next month, posted at HP by Hasan Afzal of British Muslims for Israel. 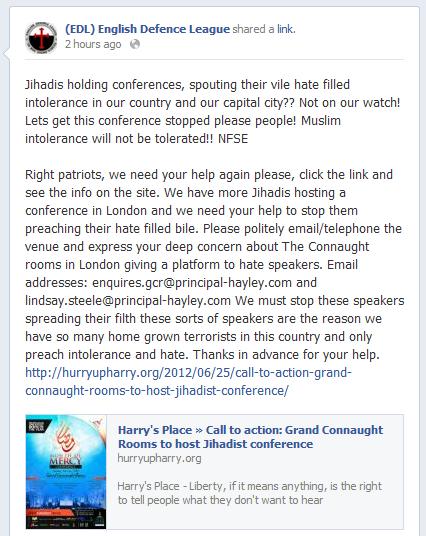 Meanwhile the football hooligan group, Casuals United, have announced that if the conference goes ahead they will be organising a protest to stop it along with the EDL and the United British Alliance. 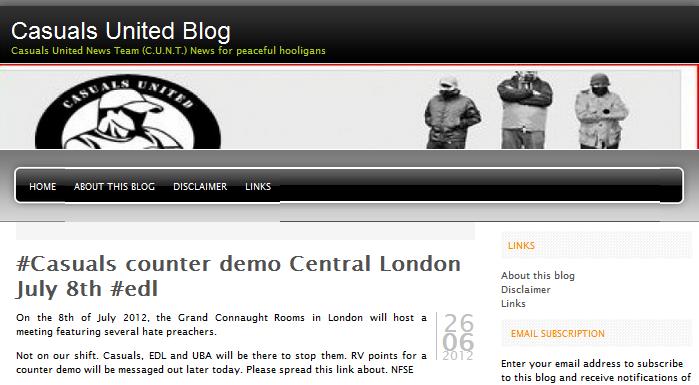 This is by no means the first time that the thugs of the EDL have been inspired by Harry’s Place, as we have pointed out before.