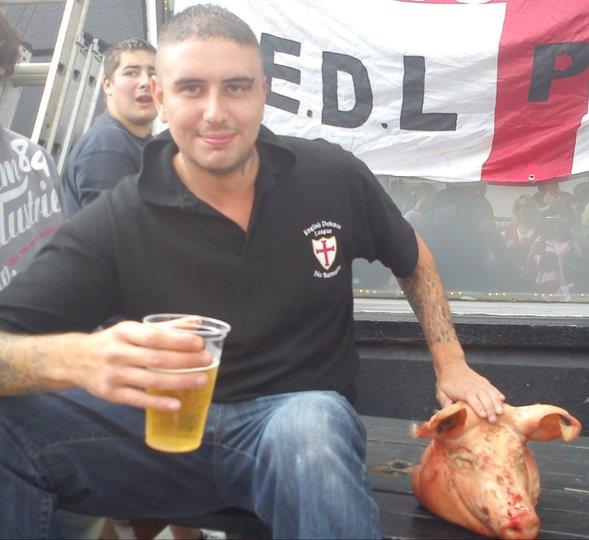 The sad death of Nelson Mandela was one of those events that brought a semblance of unity across the political spectrum.

Left-wingers who had been critical of Mandela’s endorsement of an economic system that kept millions of black South Africans in poverty didn’t hesitate to pay tribute to his heroic struggle against the apartheid regime. Even those Tories who had enthusiastically backed that regime and its suppression of the ANC thought it better to keep quiet about their views on this occasion.

Not sections of the far right, though. Their response to the news of Mandela’s passing was to denounce this freedom fighter as a terrorist and a communist. One such sick individual was Kieran Hallett, Exeter division leader and regional organiser for the English Defence League.

Hallett’s supposed support for equality didn’t, however, extend to showing some elementary respect for a man who spent 27 years in prison fighting for political equality in South Africa. He took to Facebook to post the following comment in which he compared Mandela to Hitler and Osama bin Laden:

The next time mainstream news media quote Hallett as a respectable-sounding spokesman for the EDL, they might consider pointing out to their readers what he really stands for.