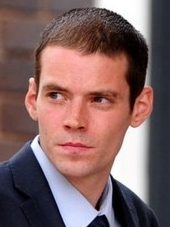 A Grimsby man has claimed that police treat Brits more harshly than Muslim extremists after appearing in court for posting racist abuse on Facebook.

Rebecca Dolby, prosecuting, said that he wrote Grimsby Mosques “want burning down” after soldier Lee Rigby was attacked and killed by two men in Woolwich, on May 22. He also wrote that the turning of the former methodist church in Grimsby into a mosque “gets my blood boiling”, the court heard.

Grimsby’s Mosque was attacked days later – although Jade Taylor, mitigating, said he never intended for people to “follow” him. Tyson, who told police he “felt stupid” after posting the remarks, was not given a prison sentence, although Magistrate Anthony Miller said he “could have incited violence”.

However, after the case, the Grimsby rigger said he feels he was dealt with “very harshly” compared to Muslims “like Abu Qatada”, the hate cleric that the Government was eventually able to deport at the weekend, following a long battle over human rights. Tyson added: “It’s OK for them to march the streets with placards like they did in Luton, saying British police need to burn in hell but when we stand up for ourselves, we’re taken to court and get the worst of it.”

Tyson was given a 12-week curfew and must stay in his home between 6am and 8pm, apart from weekends where he must stay at his girlfriend’s home while seeing his children. His 12-week prison sentence was suspended for six months so he will only serve time if he commits another crime in that time.

The court ordered the destruction of a laptop – which Tyson later claimed belonged to his father – and his smart phone.

We’re used to hearing whingeing, hypocritical complaints from EDLers about the “two-tier system”, which supposedly discriminates against them and in favour of Muslims, but this really does set a new standard in barefaced cheek. The idea that Tyson has been treated more harshly than Abu Qatada – who spent most of the past decade in prison, without ever being charged with any offence – is quite laughable.

If anything, Tyson was dealt with far too leniently. Frankly it’s difficult to understand the magistrate’s remark that Tyson “could have incited violence”, when there is no question that this is precisely what he did.

In reference to Muslims, Tyson wrote:  “What if we do beat **** out of them? It’s all of us people on this page that gets our town and names heard and show the ******* what true British is. I will show them how much us Brits want the scumbags out.” With regard to the Grimsby Islamic Cultural Centre that subsequently suffered an arson attack, Tyson wrote: “Target that place for start. A British church into a mosque. Now that’s got my blood boiling.” He added: “We’re patriotic racists. The place needs burning.”