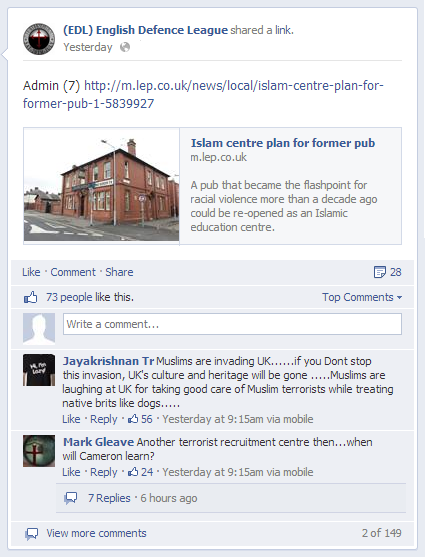 The English Defence League have been responding to news that a disused pub in Preston may be re-opened as an Islamic education centre.

Here are some of the comments posted on the EDL Facebook page: 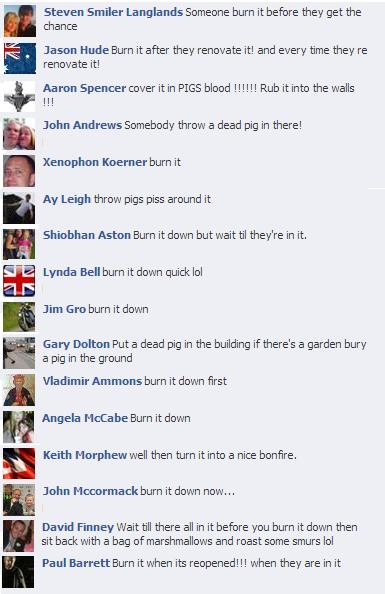 While all of this was appearing on the EDL Facebook page, without any attempt by the admins to delete these calls for violence, an article was posted on the EDL website piously dissociating the organisation from the terrorist attack on the Kanz-ul-Iman Central Jamia Mosque in Tipton. It stated:

“An attack on innocent people, be they Muslim, Christian, Jewish or any other race or creed, is indefensible…. There is no place for such mindless violence in British society. If you wish to combat radical Islam, do so by joining us on 20 July in Birmingham. Peacefully protesting against Islamic extremism is far more effective than violence, for violence only encourages reprisals.”

But this is how the EDL operates. Its official website presents a moderate, reasonable and entirely misleading image of the organisation, while the violent hatred of the rank and file is allowed free rein on the EDL Facebook page.