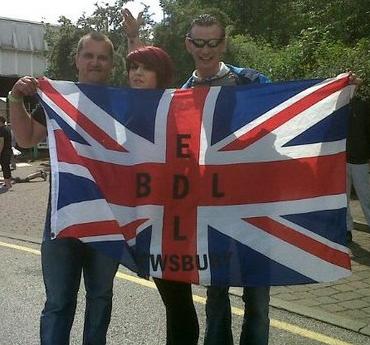 A man who wielded knives, broke down his neighbours’ front door and threatened to kill them, has been jailed.

Leeds Crown Court heard how Daniel Smith [on left of photo] had 167 previous convictions before he was locked up for 10 further offences today.

The 39-year-old was not present for his sentencing because he was taken back to Armley prison from the court at lunchtime after destroying two toilets in the court cells.

Smith pleaded guilty to charges of burglary, common assault, possessing an offensive weapon and making threats to kill at a hearing in May.

Today, the court heard how on August 26 last year, Smith hurled racist abuse at a family living near him in Victoria Road, Thornhill Lees. He attacked their front door with a knife and eventually broke it down. When inside the house, he threatened to kill the occupants before he was forced back outside.

Sentencing, Judge Guy Kearl QC, said: “They were very real threats, the victims believed, being confronted in their house by a man who they believed was going to kill them.”

Smith was sentenced to nine years in prison and given a restraining order banning him from having any contact with family or entering Victoria Road.