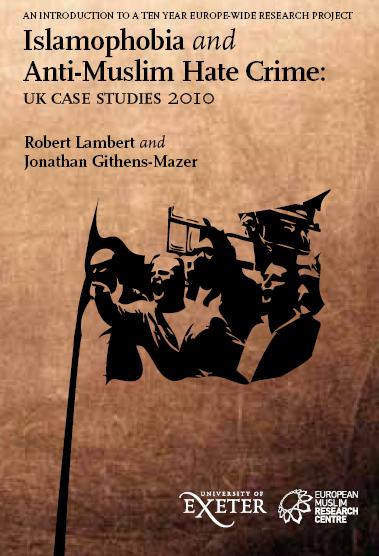 Launching our new report Islamophobia and anti-Muslim Hate Crime: UK case studies at the London Muslim Centre (Saturday 27 November) and the Birmingham Central Mosque (Sunday 28 November) we highlighted the success of the East London Mosque in Whitechapel, the Masjid al-Gharaaba in Luton, the North London Central Mosque in Finsbury Park and other UK mosques in tackling political violence of two kinds: on the one hand, tackling arson attacks and intimidation by far right thugs against mosques and Muslims; on the other, tackling al-Qaeda inspired violent extremism.

Criticising a small number of lazy journalists and politicians who wrongly conflate the East London Mosque and other mosques with extremism we dedicated our report to Dr. Muhammad Abdul Bari, the chairman of the East London Mosque who has empowered and encourageed local youth workers involved in successful violent crime reduction initiatives in one of the UK’s poorest neighbourhoods.

At the heart of defending Park 51, the so called Ground Zero Mosque, Professor John Esposito flew in from New York to deliver a powerful keynote speech in support of UK and US mosques in the face of violence, intimidation and demonisation and in support of our research findings.

Sadly, as our report highlights, a significant number of smaller mosques and isolated Muslim communities in market towns and suburbs throughout the UK do not have the resources or support to defend themselves against political violence and anti-Muslim hate crimes of all kinds.

We therefore note with enthusiasm the formation of an overdue All Party Parliamentary Commission on Islamophobia – after a long campaign led by Dr. Bari – and call on parliamentarians to defend demonised mosques and to offer support to isolated mosques under seige.

The 224-page report can be downloaded here.