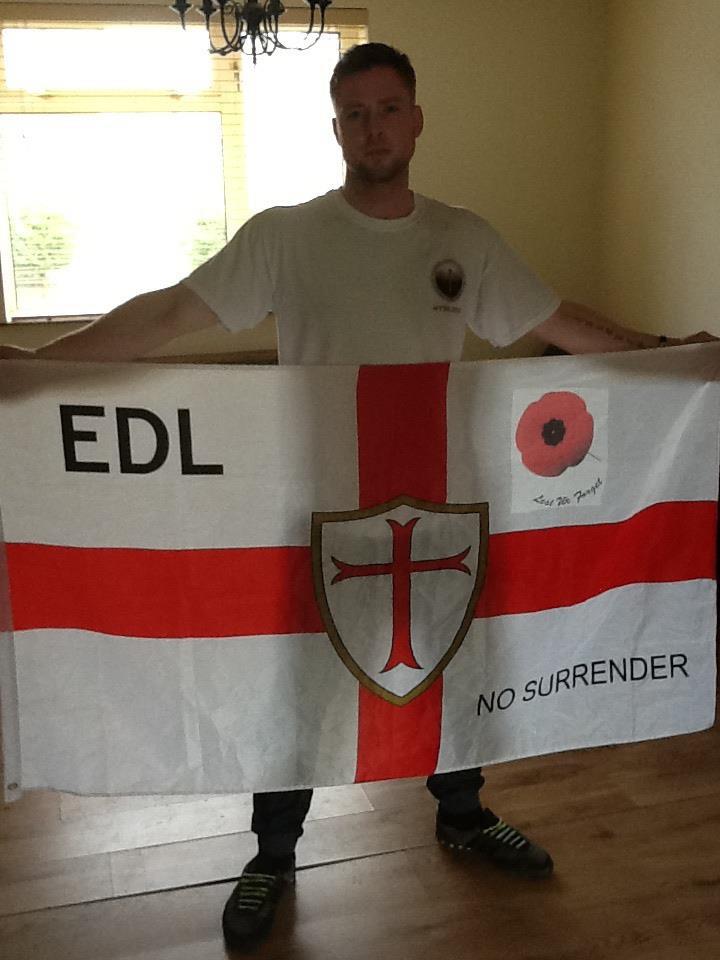 A man who claims to be a member of the English Defence League has been found guilty of threatening a Muslim taxi driver because of his religion, after “refusing” to attend court to mount a defence to the charge.

Charles Dickie, aged 23, was due to appear before magistrates in Northampton yesterday to stand trial over an incident in Daventry earlier this month, but he would not get into a prison van to transport him to the hearing, the court heard.

After hearing the case in his absence, chair of the bench, Mabel Lilley, found the case against Dickie proved, and said the magistrates were minded to impose a 20-week prison sentence when Dickie could be brought before the court.

Taxi driver Sultan Ahmed said he had worked in Daventry for the past three-and-a-half years. He said that on Friday, March 2, he had been waiting for a customer in Brook Street at about 4.30pm when he was approached by Dickie.

Speaking through an interpreter, he said: “He said we are here, all over this place, in this country, and you are not welcome here.” Dickie then sang a song insulting both Islam and Mr Ahmed and uttered expletives, before moving in closer and pointing to his genitals. Mr Ahmed said: “He looked very angry and aggressive. He looked as if he was about to fight with me.”

Giovanni D’Alessandro, prosecuting, said Dickie had told police officers when arrested: “I’m not racist. I don’t like Muslims.” He also talked continuously about the EDL and made threats towards a planned mosque in Daventry, the court was told.

Magistrates heard Dickie, of Tennyson Road, in Daventry, was previously convicted of making racially-aggravated threats in 2007, and they were shown evidence from his Facebook site to support the prosecution case.

Sentencing, Mrs Lilley said: “We feel this was a particularly nasty incident directed towards Mr Ahmed. There was a certain amount of planning on Mr Dickie’s part. He deliberately insulted Mr Ahmed and used abusive and insulting words towards him.”

In a statement to the court, Mr Ahmed said he had been “deeply upset and hurt” by Dickie’s actions, adding: “I can’t understand why Mr Dickie felt the way he did, to voice such hatred.”

Magistrates revoked a community order previously imposed against Dickie for an assault in Blackpool in May last year and for failure to surrender to bail. Mrs Lilley said she was minded to sentence Dickie to four weeks in prison for the assault and two weeks for the bail offence, along with the 20 weeks for the religiously-aggravated offence against Mr Ahmed. However, sentencing was adjourned to a date yet to be set.

Here is one of the comments on Dickie’s Facebook page that was presumably used in evidence to support the prosecution case. The question is – why is Dickie not being charged with incitement to murder?