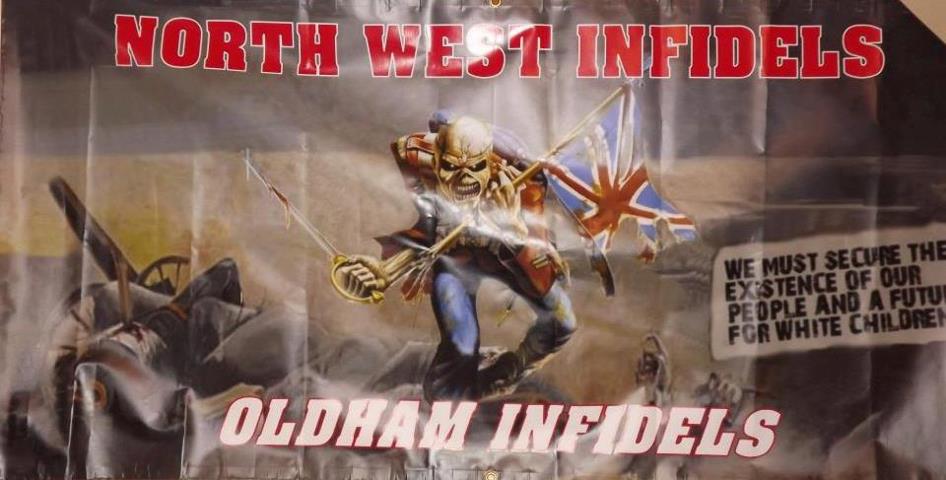 The North West Infidels, a breakaway faction from the English Defence League, have proudly announced the adoption of a new banner by their Oldham branch. No doubt they will be hearing shortly from Iron Maiden‘s lawyers.

Note that this group of ex-EDL activists, unlike the leaders of the organisation from which they sprang, have no hesitation in openly declaring their real ideological inspiration.