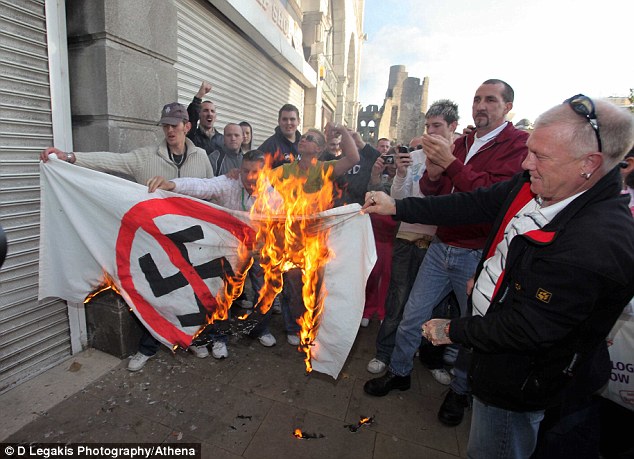 Far-right activists gathered in the centre of Swansea over the weekend to protest against Islamist extremism. Members of the Welsh Defence League performed Nazi salutes and jeered at the hundreds of people who gathered in opposition to the rally. One man scaled a building to take down an anti-Nazi flag, which was then set on fire. South Wales police said a 25-year-old man was arrested for a racially aggravated public order offence and was detained.