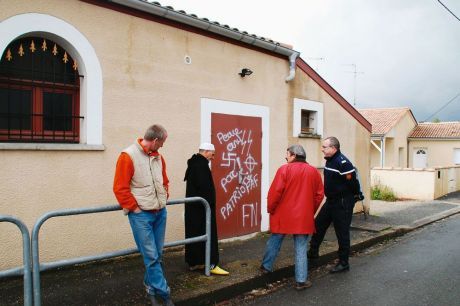 Sud Ouest reports that racist graffiti was sprayed on the door of a mosque in Marmande in southwestern France. As you can see from the photograph the act was clearly fascist in inspiration, featuring a swastika and an Odin cross along with the letters FN (Front National).

The president of the association that manages the mosque is quoted as saying that the building has suffered similar attacks over the past two or three years and that he has reported the latest incident to the authorities in the hope that “this time the police will do something”.