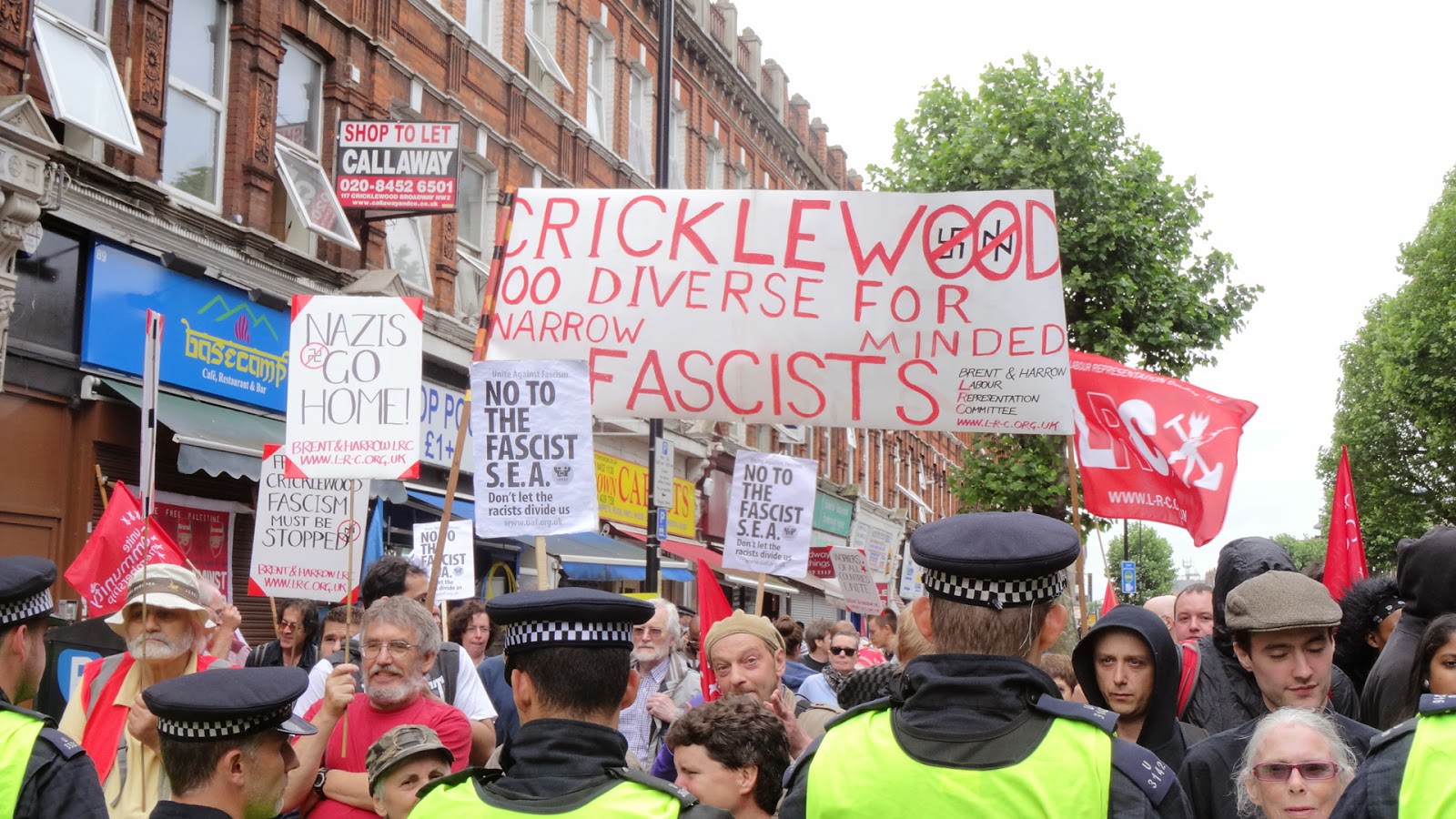 Taking advantage of the fact that many anti-fascists would be at the UAF conference, the EDL breakaway group the South East Alliance planned to hold a protest today outside a building on Cricklewood Broadway in north-west London, where the Muslim Brotherhood were reported to have once had an office.

Despite the SEA’s announcement that their demonstration was “supported by all groups”, only about forty fascists turned up. They gathered at Kilburn tube station and marched up Shoot Up Hill to the Broadway, where they were confronted by a much larger number of counter-demonstrators, who blocked the road and prevented the SEA reaching their protest site. After threatening to forcibly remove the anti-fascists, the police thought better of it, and allowed the SEA a 10-minute meeting in the road before escorting them back to Kilburn. So much for “We go where we want!”

A dozen or so SEA later gathered outside the UAF conference in central London where they tried to make a nuisance of themselves. 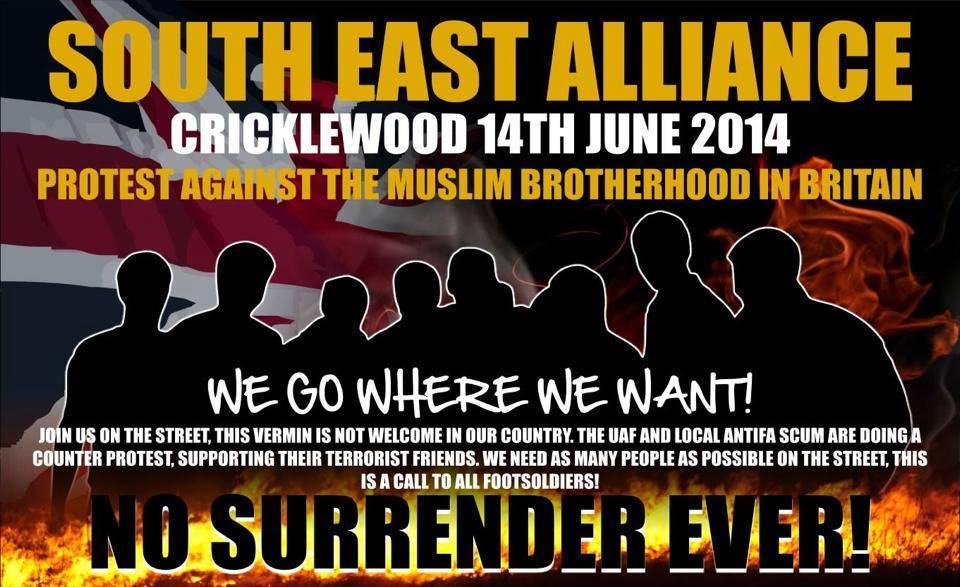