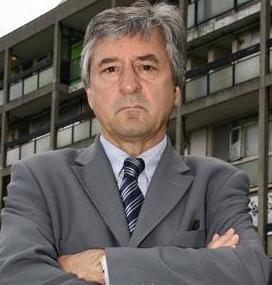 A Labour minister says his party has been infiltrated by a fundamentalist Muslim group that wants to create an “Islamic social and political order” in Britain.

The Islamic Forum of Europe (IFE) – which believes in jihad and sharia law, and wants to turn Britain and Europe into an Islamic state – has placed sympathisers in elected office and claims, correctly, to be able to achieve “mass mobilisation” of voters. Speaking to The Sunday Telegraph, Jim Fitzpatrick, the Environment Minister, said the IFE had become, in effect, a secret party within Labour and other political parties.

“They are acting almost as an entryist organisation, placing people within the political parties, recruiting members to those political parties, trying to get individuals selected and elected so they can exercise political influence and power, whether it’s at local government level or national level,” he said. “They are completely at odds with Labour’s programme, with our support for secularism.”

See also “Inextricably linked to controversial mosque: the secret world of IFE“, by Andrew Gilligan, in the same issue. Gilligan reveals that IFE “is dedicated, in its own words, to changing the ‘very infrastructure of society, its institutions, its culture, its political order and its creed … from ignorance to Islam’.” That would be as distinct from, say, the Roman Catholic Church, which of course has no intention of transforming society in line with the principles of Christianity.

According to Gilligan, members of IFE are required to read “the key works of the revolutionary political creed known as Islamism, which advocates the overthrow of secular democratic government and its replacement by Islamic government”. Which those of us who reject Gilligan’s Islamophobic hysteria might think is hardly an imminent prospect in the UK, where 97% of the population is non-Muslim.

Not that this concerns the Telegraph. Under the headline “This secretive agenda must be taken seriously“, an editorial warns that “developments in Tower Hamlets are worrying news for British democracy”.