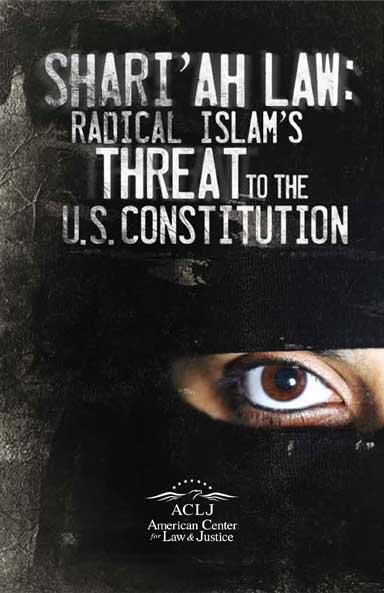 Anti-Sharia flyers and booklets are circulating the Senate hallways as lawmakers prepare for a possible vote on a measure that would ban foreign law in Florida courts.

The materials present Islam as a threat to the United States, and invoke lawmakers to pass legislation to “save us from an internal attack” and “protect our freedom.”

One booklet, distributed by Sen. Alan Hays, R-Umatilla, sponsor of SB 1360, is called “Shari’ah Law: Radical Islam’s threat to the U.S. Constitution.” He said his intent is to educate people on Islam and Sharia Law, a Koran-based code followed in some Islamic countries.

Hays’s bill would ban courts or other legal authorities from using religious or foreign law as a part of a legal decision or contract. For example, Florida law would trump foreign law in marriage, divorce and custody cases. The companion bill passed Thursday in the House by a 92-24 vote.

Among other things, the booklet contains a chart of Sharia laws and punishments and compares them to the laws in the United States. For example, the chart says that under Sharia Law a person can be executed for defaming Islam, while in the United States such conduct is protected by the First Amendment.

Islamic and Jewish groups as well as the American Civil Liberties Union and the Family Law section of the Florida Bar criticize the bill as targeting Islam, but Hays and House sponsor Rep. Larry Metz, R-Eustis, insist that’s not true. Neither could point to a Florida case in which a ruling based on foreign code was upheld by courts.

Hays said the booklet he distributed, sponsored by the American Center for Law & Justice, was well-received by fellow senators. E-mails have flooded his inbox on this issue, but he’s unconcerned with those who are offended, he said.

As the session winds down, the chances of the Senate taking up the bill grow slimmer. But if the issue reaches a floor debate, Minority Leader Nan Rich, D-Sunrise, said she plans to discuss the “inappropriate” posters delivered to her office by activist groups.

One poster, by a group called Students for the Constitution, uses bold block print to warn of sedition, and accuses Islamic people of being determined to “overthrow our state and country.”

Another poster, by a group called SOAR: PI, which stands for Students on Assignment Revealing Propaganda and Infiltration, is stamped with pictures of Islamic protesters holding signs that say things like “Hate America” and “Islam will dominate the world.”

“People need to realize the fear mongering,” Rich said. “We are not in danger of being ruled by Sharia Law in the United States, and it’s a fear tactic.” 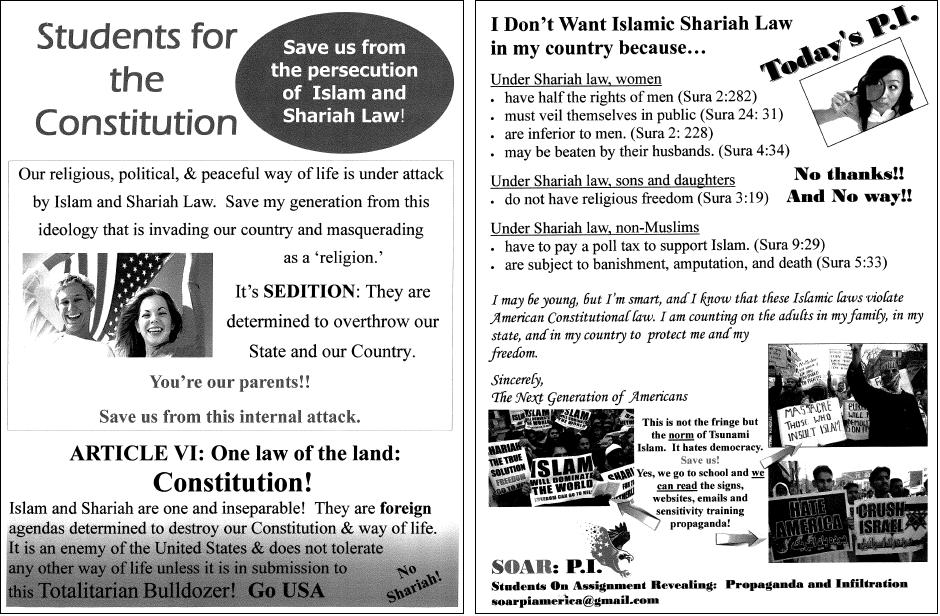