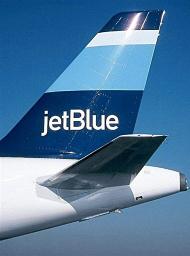 In a victory for constitutional rights, two Transportation Security Authority (TSA) officials and JetBlue Airways have paid Raed Jarrar $240,000 to settle charges that they illegally discriminated against the U.S. resident based on his ethnicity and the Arabic writing on his t-shirt.

TSA and JetBlue officials prevented Jarrar from boarding his August 2006 flight at New York’s John F. Kennedy Airport until he agreed to cover his shirt, which read “We Will Not Be Silent” in English and Arabic, and then forced him to sit at the back of the plane. The American Civil Liberties Union and the New York Civil Liberties Union filed a federal civil rights lawsuit on Jarrar’s behalf in August 2007.

“The outcome of this case is a victory for free speech and a blow to the discriminatory practice of racial profiling,” said Aden Fine, senior staff attorney with the ACLU First Amendment Working Group and lead attorney on the case. “This settlement should send a clear message to all TSA officials and airlines that they cannot discriminate against passengers based on their race or the ethnic content of their speech.”

On August 12, 2006, Jarrar was waiting to board a JetBlue flight from New York to his home in Oakland, California, when he was approached by two TSA officials. One of them told Jarrar that he needed to remove his shirt because other passengers were not comfortable with the Arabic script, telling him that wearing a shirt with Arabic writing on it to an airport was like “wearing a t-shirt at a bank stating, ‘I am a robber’.”

“As last week’s refusal by AirTran Airways to allow a Muslim family that posed no security risk to fly shows, what happened to Mr. Jarrar is not an isolated incident,” said Reggie Shuford, senior staff attorney with the ACLU Racial Justice Program. “Transportation officials have the important responsibility of ensuring that all flights are safe, but there is no reason that safety can’t be achieved while at the same time upholding the civil rights and liberties of all airline passengers. We hope this lawsuit and its successful result will serve as a powerful reminder that discrimination is against the law.”