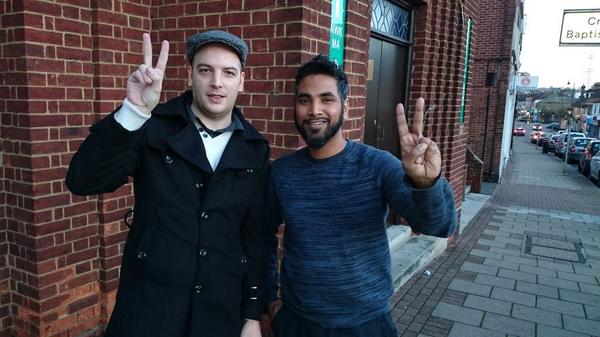 A former member of Britain First has denounced the organisation and visited a mosque to apologise to the Muslim community he says they demonise.

Matthew Lester, 25, joined the group six months ago to protest radical preachers such as Anjem Choudry but soon became disillusioned with the group.

He told the Huffington Post: “I thought it was for the people but found out it was more about publicity. Basically it was publicity stunts more than getting anything done and tackling issues. They’re not just going after extremists, they’re going after Muslims.”

To make amends Lester visited Crayford Mosque to apologise. He said: “I went in there and took my shoes and hat off and they said Allah knows what’s in your heart and we can tell by the way you came down here and apologised.”

The experience has spurred him to further action and he has plans about to how to make an even bigger difference. He said: “I want to speak to Sikhs, Hindus and Jews now to show that we’re all united together. We’re all human and we all have separate beliefs and that’s fine.”