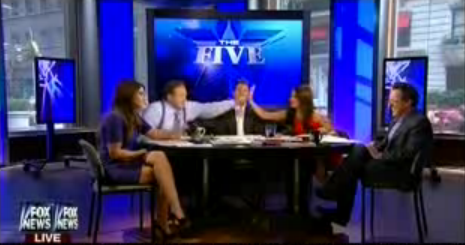 Political commentator Bob Beckel, the supposed liberal voice on Fox News’s daytime program “The Five,” said on Tuesday that there should be no more mosques built in the United States until every Muslim is cleared of any terrorist or violent activity.

His comments came during a discussion of an Islamic terrorist group in Nigeria suspected of killing dozens of children at a school in the north eastern part of the country:

BECKEL: They are a bunch of thugs, murderers and they go after the Christian schools, they have done this, they burn them down. We don’t do that here, if we burned your mosque here, you would really be upset.

The fact of the matter is, these guys are murderers, they’re terrorists and if this is what the prophet told you to do, then the prophet was wrong. Now, I’ve already gotten enough mail from you all, you don’t like what I say about not letting your students come here.

If it were up to me, I would not have another mosque built in this country until we got it worked out who was not a terrorist.

After Beckel’s Islamophobic rant, a co-host gave him a high five. Watch the clip, courtesy of Media Matters.

It’s unclear what murderous Islamic extremists in Nigeria have anything to do with American Muslims and mosques in the United States, but it seems that for Beckel and his Fox News cohorts, they’re all one in the same.

As for Beckel, this isn’t his first plunge to anti-Muslim hysteria. As he alluded to the video above, back in April, Beckel called for a moratorium on foreign Muslim students coming to the U.S., a policy the Washington Post’s media critic Erik Wemple noted is “idiotic,” “wacko,” and “highly discriminatory.”