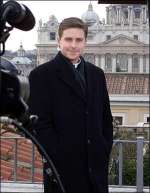 Representatives of an east London mosque used by several of the terror suspects reacted angrily yesterday to what they called a “sick stunt” by Rupert Murdoch’s Fox News channel.

Mohammed Shoyaib, the imam of the Musjid-e-Umer mosque in Walthamstow, complained that he and other elders were tricked by a representative from the cable channel, a priest who said he was working for the Vatican and wanted to talk peace.

“He introduced himself as priest working in Rome,” said Mr Shoyaib. “Then he said he was working for peace in the world, that all faiths should work together for peace, that he needs a united message of peace for the American people. Only later he said he was from ‘a sister network of Sky News’, but never mentioned Fox.”

The man spent several minutes conversing on camera with the imam and elders, but they reacted furiously when they learned he was Father Jonathan Morris, a religious pundit for Fox News.

On Thursday, in the aftermath of the arrests by anti-terrorist police, Mr Morris wrote on his Fox News blog:

“Today, officials have uncovered a major terrorist plot to blow up a group of planes on that same route. This is America and the world in 2006, and we are getting used to it. This time they got the bad guys, thank God. As we move forward as a country in these troubling times, our war must be first and foremost against the ideas that shape the hearts of the Muslim masses.”