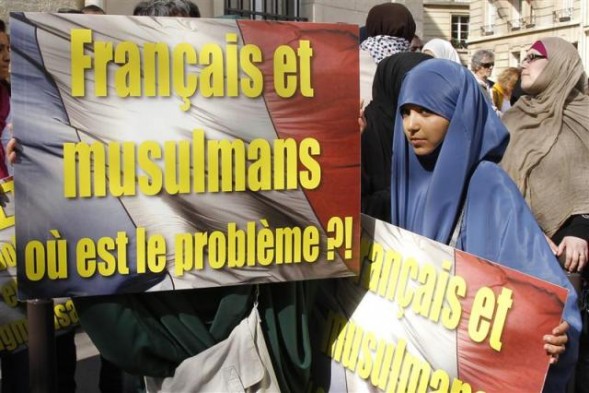 The interior minister Claude Guéant has been accused of Islamophobia and dishonouring France after saying the growing population of Muslims in the country “poses problems”.

His comments were made on the eve of a debate within his party, the UMP, on Islam and secularism in France. The debate, organised by party leader Jean-François Copé, is itself controversial, with many party figures finding excuses not to attend, including Prime Minister François Fillon.

“The question worries our citizens: there are many who think the rules of secularism are being stretched,” said Guéant on a trip to Nantes. “In 1905 [the year the separation of church and state was brought into law] there were few Muslims in France, today there are between five to 10 million. This growth of believers and certain types of practices pose problems. It is clear that prayers in the street shock a certain number of people and the leaders of major religions know that this type of practice affects them negatively.”

Socialist Party spokesman Benoît Hamon said Guéant “dishonoured” France. “The right is not debating secularism, it’s debating Islam,” he said. “I feel ill when Guéant speaks. He dishonours France and the French. The Socialist Party concerns itself with subjects that focus on people living together, the real issues.”

Green MEP Eva Joly said Nicolas Sarkozy was attempting to outflank Marine Le Pen on the right in advance of the presidential elections of 2012 by launching “an Islamophobic campaign”.

SOS Racisme is suing the minister. Its president Dominique Sopo said the words “stigmatised a population because of their origin” by targeting Muslim Arabs. He added that the speech was worse than anything from Brice Hortefeux, Géant’s predecessor, who was successfully sued for racism while a minister.