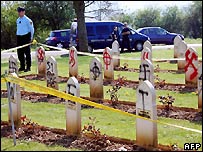 Nazi slogans and swastikas have been daubed on about 50 graves in the Muslim section of a French WWI cemetery.

The military cemetery, near Arras in the north of France, is one of the country’s biggest and is on the site of some of the war’s early battles.

French President Jacques Chirac said the desecration “was an unspeakable act that scars the conscience”.

About 78,000 colonial subjects of France, including many Muslims from North Africa, died in the war.

“This desecration is all the more shocking because it affects the graves of fighters who gave their lives for France,” Mr Chirac said in a statement.

The official prosecutor’s office said none of the graves had been destroyed. 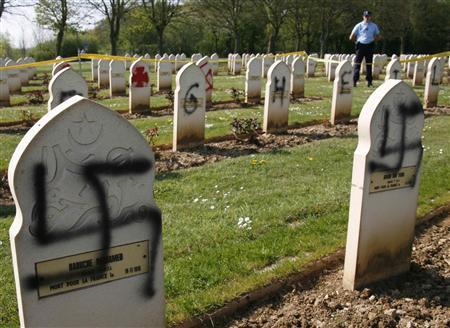