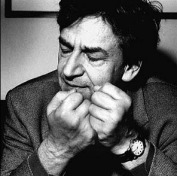 A number of French NGOs launched on Friday, November 25, into a diatribe against intellectual Alain Finkielkraut for calling rioters a bunch of “rebels” with Muslim identity.

“Finkielkraut will be sued for inciting hatred,” vowed the chairman of Movement against Racism and for Friendship between People (MRAP), Mouloud Aounit. “There will be no dialogue with racists,” he said in a statement, adding that Finkielkraut and his ilk should know their limits.

Finkielkraut said in an interview with Haaretz last week that the problem with rioters is that they are “blacks or Arabs, with a Muslim identity.”

“Look, in France there are also other immigrants whose situation is difficult – Chinese, Vietnamese, Portuguese – and they’re not taking part in the riots. Therefore, it is clear that this is a revolt with an ethno-religious character,” he said.

The racist remarks by Finkielkraut further drew vitriol from other French NGOs.

The Jewish Union for Peace in France also censured the writer, issuing a strongly-worded statement blasting the Finkielkraut’s blatant racism in the interview. The interview’s headline “What Sort of Frenchmen are They?” is a case in point, it said.

SOS Racisme also joined the chorus of condemnation, demanding the intellectual to reconsider his statements hoping that it was just a slip of the tongue.

Senior government officials have frequently said that the recent turmoil has nothing to do with religion. Chief of Interior Intelligence Service Pierre de Bousquet told French RTL channel on Wednesday, November 23, Islam should by no way take the blame for the work of angry youths.

“We must address the roots and real reasons behind the unrest,” he said.

Although it was quite clear from Finkielkraut’s Ha’aretz interview that he held deeply racist views, as we’ve already noted his comments on the French riots were significantly milder than the Islamophobic rants we hear from Melanie Phillips.