French UMP politician Nadine Morano had a shocking experience earlier today when she got off a train at the Gare de l’Est in Paris.

To her horror she came upon a Muslim woman traveller pulling a wheeled suitcase and wearing a niqab. “The woman was fully veiled,” Moran told LOR’Actu. “You could only see her eyes. I find that unacceptable in France. It is a provocation.”

Morano immediately confronted the woman, told her the garment was illegal and instructed her to remove it. To Morano’s indignation, the woman’s simply replied “je m’en fous” and continued on her way.

Having reported her to the police, Morano then took to Twitter and Facebook to proclaim her outrage at this uppity Muslim who had treated her with “total contempt”.

According to Morano, the niqab is a public security issue: “Who is under that outfit? What is in that suitcase … suspicion is permissible when someone is concealed.” She pontificates: “Our vigilance must be unfailing during this period of radicalisation of communalist behaviour, of recruitment to jihad.”

So not content with trying to bully a veiled Muslim woman, this arrogant white politician accuses her intended victim of being a potential security threat and tries to associate her with terrorism as well.

Needless to say, Morano declares that she did all this “in the name of women who fought for their rights and their liberties”. It’s just that Muslim women’s rights and liberties don’t extend to dressing as they choose.

Morano hit the news earlier this year when she posted a picture of a Muslim woman wearing a headscarf on the beach and described it as “an attack on our culture”. 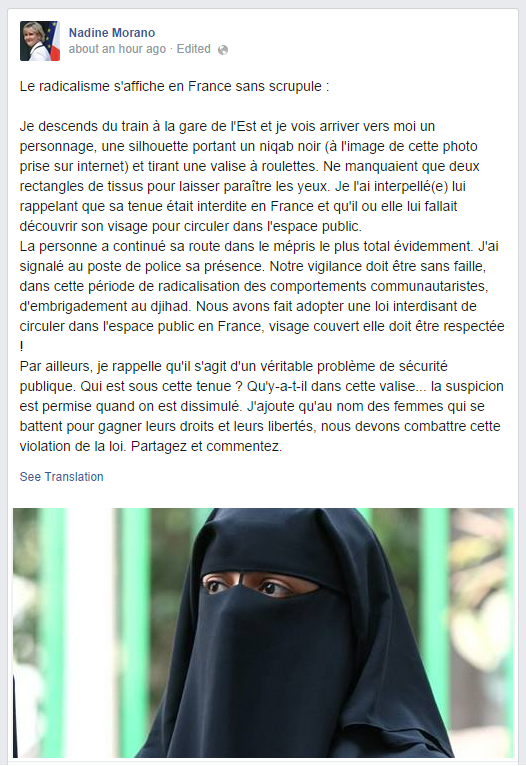 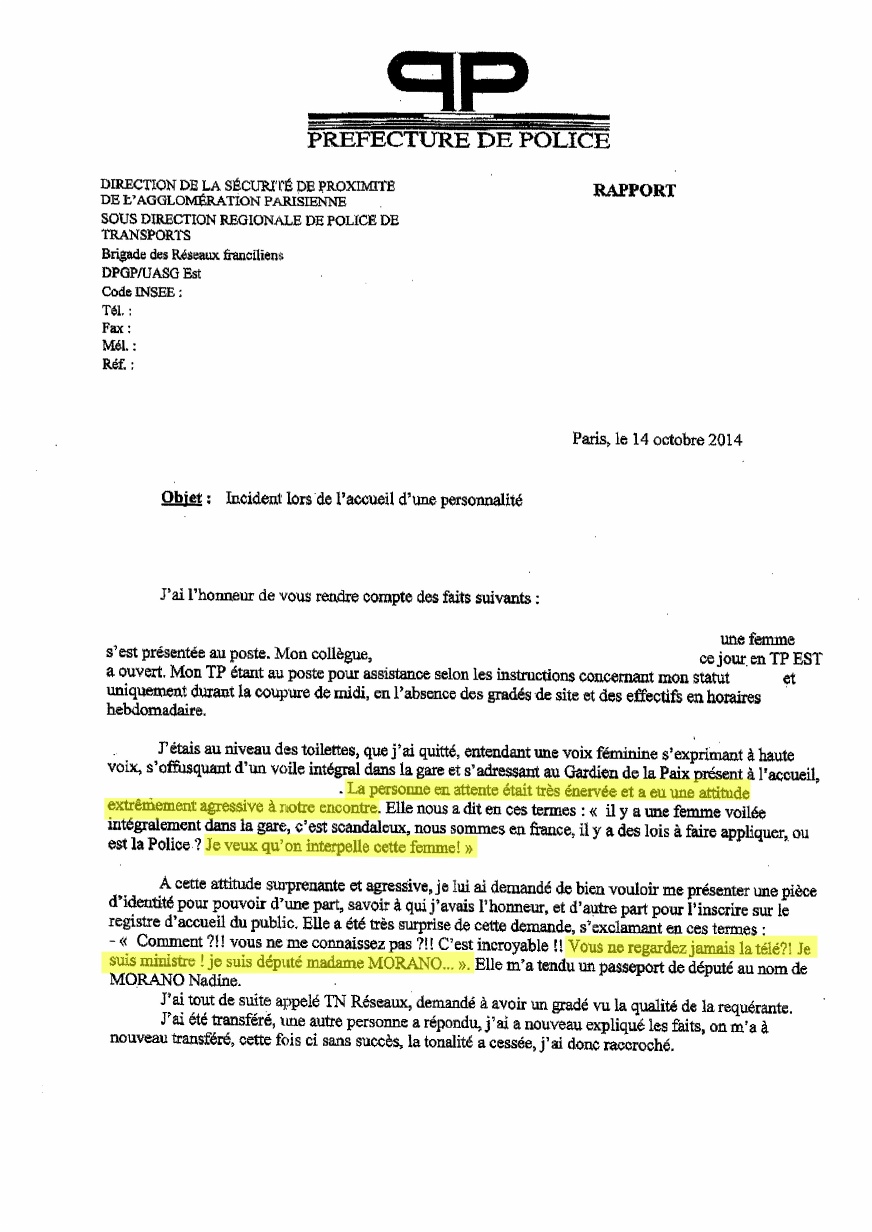