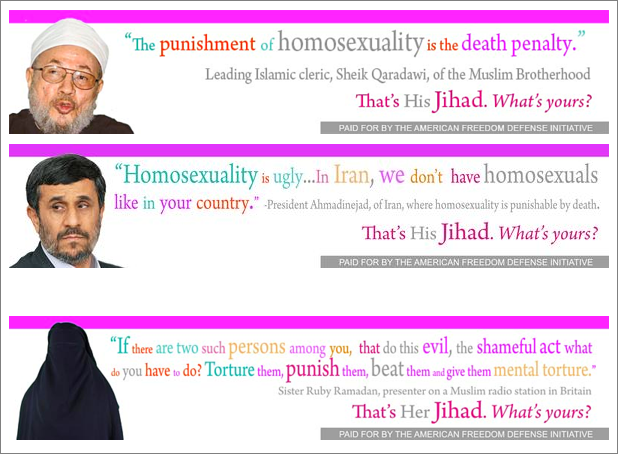 Over the past year in San Francisco, the war over the popular conception of Islam has been continuously fought on the unlikeliest of battlefields–the sides of the city’s buses.

“The ads will increase awareness about the subjugation and oppression of gays under Shariah law,” Geller told the San Francisco Examiner. “The gay community should be standing with me, not against me.”

Hopefully, the LGBT community will see through this grotesquely cynical ploy. Perhaps someone with more time on their hands than I do might like to investigate what the attitude of the Melkite Greek Catholic Church is towards homosexuality, and ask what steps Robert Spencer has taken to combat homophobia within his own faith.