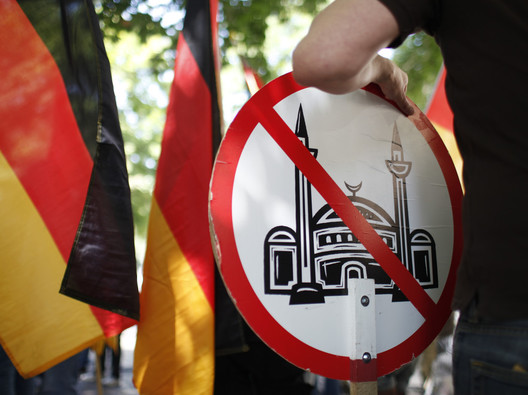 A new study warns that Islamophobia in Germany is becoming culturally acceptable, as bigotry leaves the confines of ethnicity and moves towards religious bias against Muslims.

“It’s no longer ‘the Turks’ but ‘the Muslims’,” Wilhelm Heitmeyer, head of the institute for research of interdisciplinary conflict and violence at Bielefeld University told the Neue Osnabrücker Zeitung on Monday. Research has led him to be concerned general xenophobia had given way to a growing rejection of Islam in Germany.

His theory is not new – a study from Münster university found that in 2010, 66 percent of western Germans and 74 percent of eastern Germans had a negative attitude towards Muslims.

And a more recent study from the Allensbach Institute suggested that this had not changed over the past two years, as only 22 percent of Germans asked said they agreed with Germany’s ex-President Christian Wulff’s statement that Islam, like Christianity, was a part of Germany.

Heitmeyer also found that Islamophobia seemed to exist not only in the far-right, but was also present in more left-leaning and centrist circles. The sentiment was identifiable throughout the country, from the highest echelons of society to the lowest.

Neo-Nazi expert from Düsseldorf’s technical university Alexander Häusler told the newspaper that while discriminating against an entire ethnicity was a taboo, religion-based racism was generally considered to be exercising freedom of opinion.

“Criticism of Islam or Muslims appear acceptable, because it is not seen as classically racist,” said Häusler.

German Muslims have also voiced concern about growing anti-Islamic sentiment. Head of the Central Council for Muslims in Germany Aiman Mazyek told the Neue Osnabrücker Zeitung that police and intelligence officials still refused to rank violent attacks towards Muslims independently, but grouped it within the broad category of xenophobia.

“By doing this, hostility against Islam is being blurred out,” said Mazyek. He said the government should publish a yearly racism report.