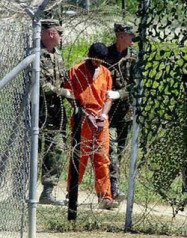 “Should the United States apologize? If there were mishandlings of the Koran, we should say so and express regret. And that should be in the context of our remarkably humane and tolerant treatment of the Guantanamo prisoners, and in the context of a global war on terrorism (for example, the campaign in Afghanistan) conducted with a discrimination and a concern for civilian safety rarely seen in the annals of warfare. Then we should get over it, stop whimpering and start defending ourselves.”

Victor Davis Hanson agrees: “Like a parent with a naughty child, a maddening forbearance is the order of the day: They burn American flags, behead, murder, and promise death and ruin to Americans; we ignore it and instead find new ways of displaying our sensitivity to Islam.” His advice is to “press on. We apprise Syria to cease all sanctuary for al Qaedists and Iran to give up its nuclear program – or face surgical and punitive American air strikes.”

Melanie Phillips wholeheartedly endorses these “two tremendous articles” which “pinpoint the profound sickness of the west in turning upon itself over its defence against the war being waged against it rather than turning on its attackers”. She warns that “the war being waged with escalating ferocity within the west by its decadent elites, along with some alarming moral and intellectual confusion within the Bush administration – and, most crucially, a fundamental fear of confronting the religious ideology that is driving this monster – could yet be our undoing”.