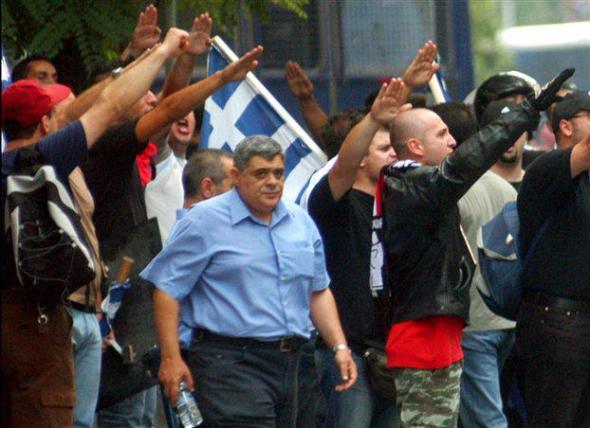 Greece on Thursday swore in 300 legislators for just one day before it dissolves Parliament and calls new elections, among them 21 lawmakers from Golden Dawn – arguably the most far-right party to be involved in a European national legislature since Nazi-era Germany.

Formerly a shadowy fringe group, Golden Dawn vehemently rejects the neo-Nazi label, insisting it is a nationalist patriotic party, but its meteoric rise from a largely marginalized outfit a few years ago to one that won nearly 7 percent in recent elections has alarmed many in Greece and in Europe.

In the traditional Parliament swearing-in ceremony, Golden Dawn legislators refused to stand as two Muslim deputies took their oaths on the Quran instead of the Bible.

“Beginning today Golden Dawn is officially in Parliament to speak the language of truth,” said Ilias Kassidiaris, who was elected into Parliament and is also the party spokesman.