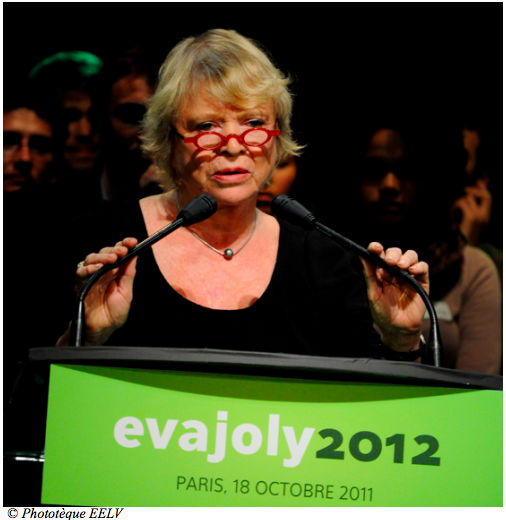 France’s Green presidential hopeful raised heckles across the political spectrum Tuesday by suggesting that France should honour Muslim and Jewish festivals as well as Christian ones, by according them a national holiday.

Speaking in Paris on Wednesday at her first campaign rally, Green presidential candidate Eva Joly argued that national holiday status should be accorded to the Muslim festival of Eid-ul-Fitr and the Jewish holy day of Yom Kippur.

“Each religion should benefit from equal treatment in the public sphere,” she said. “I believe that national holidays should also be accorded to faiths other than the Catholic faith.” Describing religious equality as a “key element” of French identity, she then blamed the policies of President Nicolas Sarkozy for dividing religious communities. “Yes, I’ll say it,” she said. “This [suffering] has been caused by five years of Sarkozy-ism.”

Joly’s proposals were rejected Tuesday by all three leading parties. Minister of Higher Education and UMP member Laurent Wauqiez argued on French news channel BFM that “France’s national holidays have come about through our Christian history. We are not going to rub out our history.”

Michael Sapin, campaign director for Socialist presidential candidate François Hollande, told French news channel iTélé that “while the state respects all religions, it recognises none”. He said that Joly should bear in mind “the great French principle of secularism”.

Marine Le Pen, head of the far-right National Front party, attacked Joly directly, calling her rival presidential candidate a “Francophobe” on BFM. “I have to ask myself if Eva Joly finds anything good in France, our people, traditions, history and life morals…. It’s astonishing coming from a presidential candidate.”