Police have released still and moving CCTV footage of three men suspected of being responsible for an arson attack on an Islamic centre in Harlow. Three men are seen to approach the Harlow Islamic Centre building in Paringdon Road at 1.24am on Monday, August 26. One of the men is seen to be holding a drill while another can be seen with what police believe to be a canister of insulation foam.

Police were contacted by leaders of the Islamic centre at 6.30am on Monday after they had attended early morning prayers and found insulation foam sprayed under all of the shutters which cover the doors and windows.

Supt Trevor Roe said: “It is clear from the CCTV footage this was a premeditated, deliberate attempt to cause serious damage to the Islamic centre. The three men come equipped to carry out the damage and also take everything they brought with them away again. We urge anyone who is able to identify the men to contact us as soon as possible. We are determined to find those people responsible.” 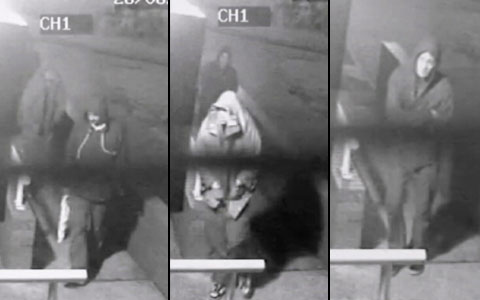