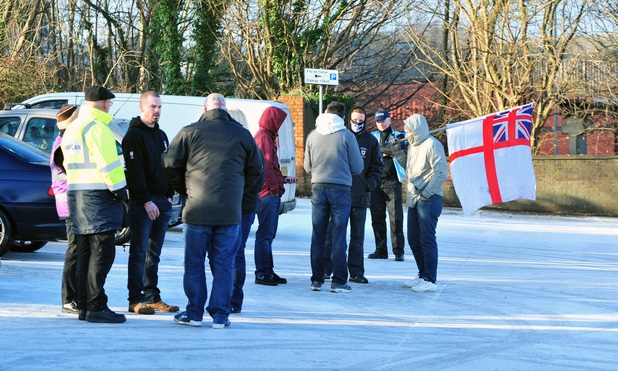 They were massively outnumbered by the police.