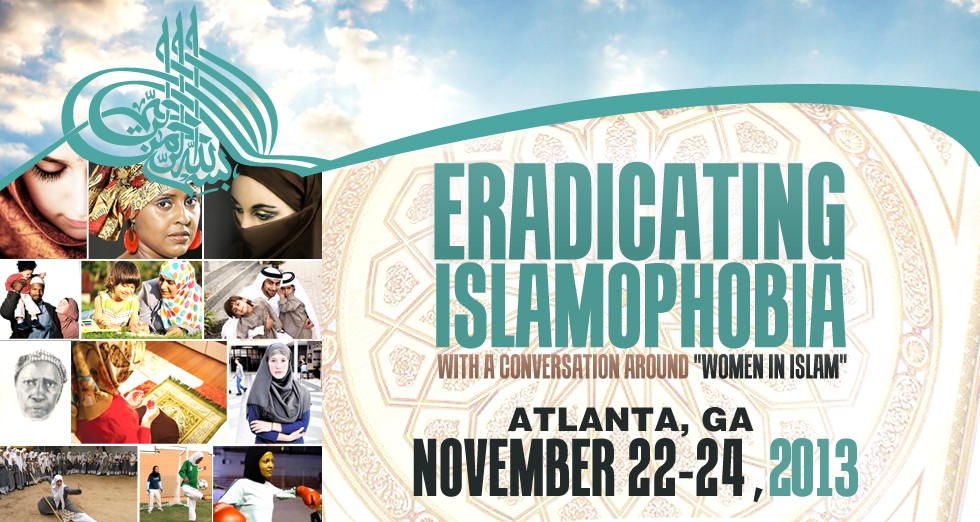 Several hundred Muslims were in Atlanta this weekend to tackle two big issues: how do you overcome people’s fear of Islam, and how should the Muslim community address issues facing Muslim women. Those issues were the focus points of this Islamic World International Conference held near the Atlanta Airport.

The event space of the hotel was filled with a variety of tables from people selling Hijabs to outreach programs and academies for Muslim children.

Debbie Almontaser works for the New York City Department of Education and was a guest speaker at the conference. Almontaser says domestic violence has no race or religion and negative stereotypes on how Muslim women are treated is just another example of Islamophobia.

“Domestic violence, female genital mutilation, and human trafficking and slavery of women is not something specifically driven by Islam, but it is unfortunately a societal ill that exists regardless of the faith, racial, or ethnic background of individuals”.

Maryam Abdul-Karim is a Douglasville homemaker attending the conference with her friend. For her, the main message of the Eradicating Islamophobia conference is about making a positive impact.

“We all have a responsibility and our responsibility is just to convey a message to people that yes we’re Muslim and we’re not going to stop being Muslim, but here’s how we effect society; not negatively but positively. Look at our doctors, look at our students, look at our political aspirations as a people. There is something we can bring to the table even in an Islamophobic society”.

Members of the Islamic World International Conference hope discussions like this one can lead to a future with more understanding, where their culture isn’t as feared.