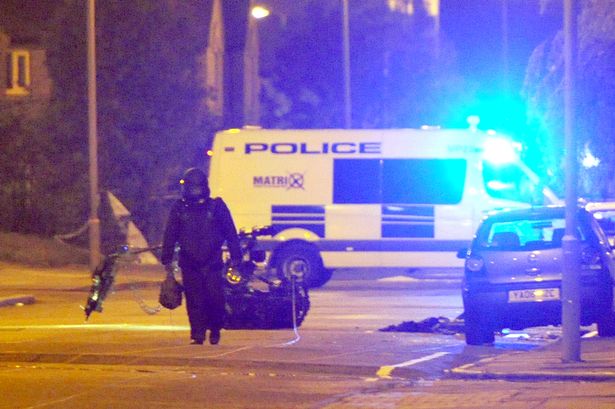 Police were called to Al Rahma mosque in Mulgrave Street, Toxteth at around 9pm. The force said this morning that no explosive materials were found at the scene but investigations were ongoing.

Today staff were scouring CCTV of the incident, which showed the man was in the mosque for 15 minutes.

General secretary of the Liverpool Muslim Society, based in the mosque, Rahma Sani, said she believed it was some kind of prank or hoax. She said: “I think it was someone just being stupid, wanting to arouse the community and add to the tension. It was just someone very ignorant and stupid wanting to stir up hatred in the community and within individuals.”

She said the mosque had received a string of malicious phone calls in the aftermath of the death of Drummer Lee Rigby, who was killed in Woolwich in March.