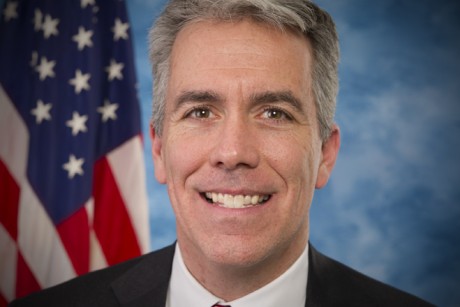 U.S. Rep. Joe Walsh went on another anti-Islam tirade Wednesday, calling for an end to “political correctness” in dealing with the “radical strain of Islam” he described as an imminent danger to America.

“It’s a real threat,” Walsh said at a town hall meeting in Elk Grove Village, Ill. “And it’s a threat that is much more at home now than it was right after 9/11.”

“It’s here,” he continued, referring to “radical Islam” in the suburbs of Chicago. “It’s in Elk Grove, it’s in Addison, it’s in Elgin. It’s here.”

The remarks – captured on tape – came in response to an Egyptian-American audience member who said Muslims are taking over America and charged the freshman congressman to take a more aggressive stance against the religion.

“I’m looking for some godly men and women in the Senate, in the Congress, who will stand in the face of the danger of Islam in America without political correctness,” the man said. “Islam is not the peaceful, loving religion we hear about.”

The line was met with applause.

Walsh responded by asserting that radical Muslims are “trying to kill Americans every week,” and that “it’s not a matter of ‘if’ – it’s a matter of ‘when'” a 9/11-like attack will happen again.

“All I can tell you about the ‘when’ is, the people who would want to do this to America are trying to get their hands on weapons that will make 9/11 look like child’s play.”

Added Walsh: “So we had better be alert to this. And as [the audience member] said … Enough with political correctness!”

The crowd, which was mostly white, applauded.

“Can you say ‘Fort Hood’?” Walsh continued, referring to the 2009 shooting at the Texas military base that left 13 dead and 29 wounded. A report concluded the shooter, Nidal Malik Hasan, was a homegrown terrorist.

“Your government was so afraid of doing its job, so afraid of offending Islam, that right in front of our noses, they saw what was happening at Fort Hood and because the government’s politically correct, Americans died.”

The Tea Party Republican, who serves on the Homeland Security Committee, has been known for his incendiary remarks since winning his House seat in 2010. He set off a media firestorm last month when he appeared to question the heroism of his opponent, Democrat Tammy Duckworth, an Iraq war vet who lost both her legs in combat.