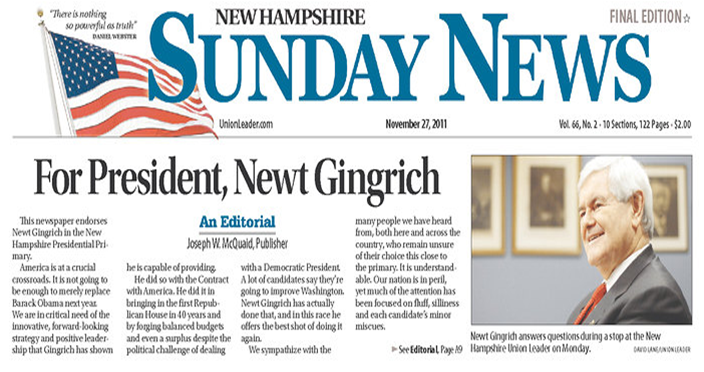 Long before he announced his presidential run this year, Newt Gingrich had become the most prominent American politician to embrace an alarming premise: that Shariah, or Islamic law, poses a threat to the United States as grave as or graver than terrorism.

“I believe Shariah is a mortal threat to the survival of freedom in the United States and in the world as we know it,” Mr. Gingrich said in a speech to the American Enterprise Institute in Washington in July 2010 devoted to what he suggested were the hidden dangers of Islamic radicalism. “I think it’s that straightforward and that real.”

Mr. Gingrich was articulating a much-disputed thesis in vogue with some conservative thinkers but roundly rejected by many American Muslims, scholars of Islam and counterterrorism officials. The anti-Shariah theorists say that just as communism posed an ideological and moral threat to America separate from the menace of Soviet missiles, so today radical Islamists are working to impose Shariah in a “stealth jihad” that is no less dangerous than the violent jihad of Al Qaeda.

“Stealth jihadis use political, cultural, societal, religious, intellectual tools; violent jihadis use violence,”Mr. Gingrich said in the speech. “But in fact they’re both engaged in jihad, and they’re both seeking to impose the same end state, which is to replace Western civilization with a radical imposition of Shariah.”