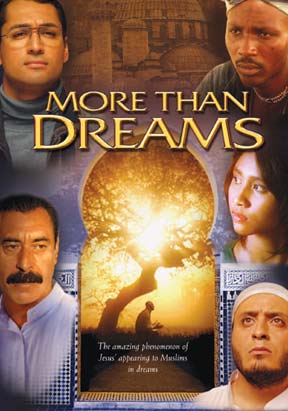 Well, according to a report posted at Glenn Beck’s The Blaze he is. Apparently there’s even a book about it – Dreams and Visions: Is Jesus Awakening the Muslim World? by Pastor Tom Doyle – and a DVD entitled More Than Dreams.

The Blaze reveals that one Muslim had set out for Mecca to perform Hajj when Christ appeared in a dream and persuaded him of the error of his ways. Happily, he has now converted to Christianity. And there is the case of a “radical Egyptian terrorist” who also accepted Jesus as his saviour after a similar visitation. Indeed The Blaze directs us to “a number of other examples” that are featured in the More Than Dreams DVD.

I have to say, I don’t find this entirely convincing as a weapon in the struggle against Islamisation. According to a Pew report, the world Muslim population stood at 1.6 billion in 2010 and the number is expected to rise to 2.2 billion in 2030. If Christ is going to make a serious dent into those figures he needs to put a bit more effort into this.