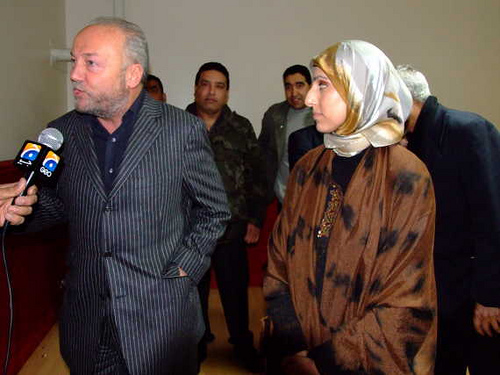 “There are weeks to go before a general election and the main parties are struggling. Cue the filthy politics of scapegoating and divide and rule.

“If it were only the fascists of the British National Party and their street-fighting associates in the English Defence League it would be bad enough. But so widespread and respectable has demonising Britain’s Muslim and immigrant communities become that unscrupulous mainstream politicians are tempted to slide from the gutter into that sewer.

“The ground is sadly fecund for them, fertilised by mountains of manure from not only the right but from people who consider themselves liberals. This is one of the especially pernicious features of Islamophobia – racism against Muslims.

“Even the medieval scholastics would have been hard pressed to come up with the kind of specious distinctions which so many journalists and academics resort to in an effort to claim that sweeping generalisations about Muslims or identifying their core practices with fundamentalism do not amount to a form of racism.

“The same sleight of hand was in play a century ago, when old religious prejudices against Jews became fused with anti-immigration rhetoric and transformed into a prejudice directed at an ethnic, cultural group, which increasingly became defined as that scientifically inaccurate category – race.

“It is no exaggeration to say that you can pore over parliamentary debates, politicians’ speeches and media exposes a century ago in London’s East End and, by substituting Muslim for Jew, find exact parallels with today’s prejudiced ravings.”