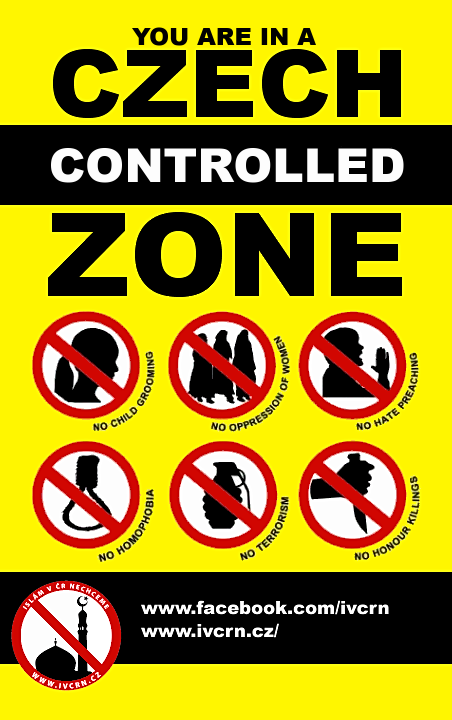 Earlier in 2014, Islamophobia was for the first time widely used as an instrument in the campaign before municipal elections. Even in one district in Prague, otherwise a cosmopolitan city, the highest number of preferential votes went to the then-deputy mayor who presented the stopping of a Muslim cemetery project as her biggest success in the past election period, Zídek writes.

A noteworthy aspect of Czech Islamophobia is that it can easily do without Muslims, he continues. The number of supporters of the “We Don’t Want Islam in the Czech Republic” group is at least five times higher than the estimated number (20,000) of Muslims living in the Czech Republic, whose population is some 10.5 million, Zídek writes.

According to the last census, only 1,442 people claim adherence to the Czech Muslim Community (UMO), a mere fraction compared with, for example, the Jehovah’s Witnesses group with 13,000 adherents, Zídek writes.

For Czech Islamophobes, news about the Islamic State (also known as ISIS, ISIL or Daesh) and from the West European countries with strong Muslim minorities is enough to foment hatred in the Czech Republic, he says.

The book is a useful introduction to Islamic Studies, because it corrects certain widespread clichés. It points out, for example, that only 25 percent of Muslims are Arabs, that jihad is not a mere appeal for violence and that female circumcision has almost nothing to do with Islam, Zídek writes.

However, staunch Islamophobes will hardly “yield” to rational arguments. The Muslim terrorists have just killed another person, and Islam wants to destroy our civilization, they would say, referring to TV newscasts, Zídek writes.

Maybe the time has come to launch a new initiative, “We Don’t Want Islamophobia in the Czech Republic,” he concludes.