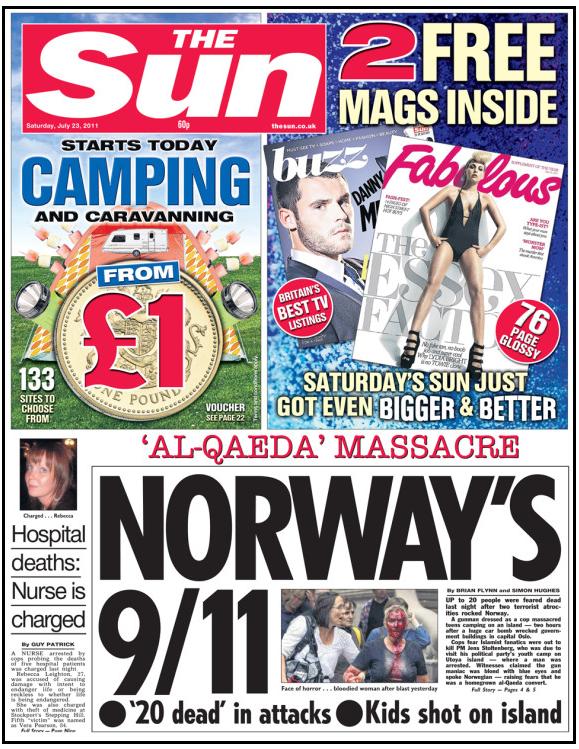 “NORWAY’s 9/11” – that was the headline in the first edition of today’s Sun, with the strap “‘AL-QAEDA’ MASSACRE”.

As we now know, far from being a member of Al-Qaeda, the individual charged with carrying out the terrorist attacks is an extreme right-wing Islamophobe, and his hatred of the governments and political parties whose immigration policies he holds responsible for allowing the “Islamisation” of Europe was evidently inspired by the “counter-jihad” movement promoted by Robert Spencer, Pamela Geller and their European counterparts.

However, even a physical description of Anders Behring Breivik could not shake the Sun‘s initial conviction that Muslims were behind the atrocities. The paper reported: “Cops fear Islamist fanatics were out to kill PM Jens Stoltenberg, who was due to visit his political party’s youth camp on Utoeya Island – where a man was arrested. Witnesses claimed the gun maniac was blond with blue eyes and spoke Norwegian – raising fears that he was a homegrown Al-Qaeda convert.”