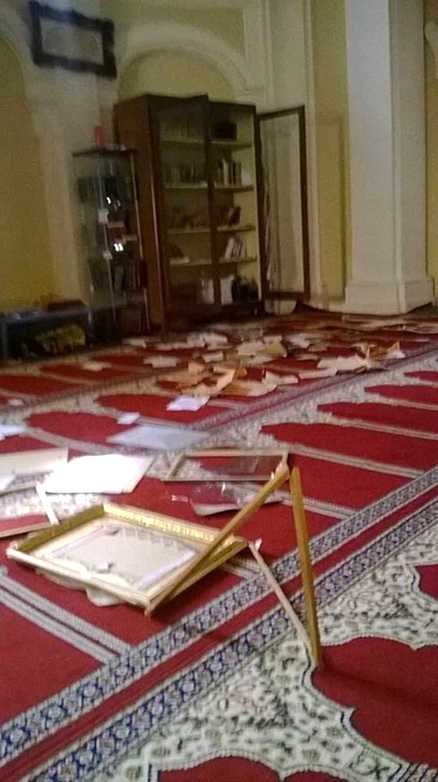 Italian officials have expressed solidarity with the Muslim community after a mosque in the Italian city of Rieti in the Lazio region was damaged by vandals.

“Unknown people burned the sacred Koran, stole money, destroyed the paintings and writings relating to Islam and turned upside down the place of worship inside the mosque,” Morocco World News cited a report by Italian newspaper Il Messaggero on Monday, March 17.

The assault dates back to Sunday evening when vandals attacked the Mosque of Peace, located 80 kilometers from Rome, destroying its property and burning copies of the Noble Qur’an.

The mayor of the city expressed his solidarity with the local Muslim community, calling on the city’s officials to “respond collectively to the provocations of those who seek to undermine peace and tolerance in the city.”

The leaders of the local Muslim community in charge of the “Mosque of Peace” through the association “Salsabil” have also denounced the “act of vandalism” that would “undermine the coexistence between different communities on the territory of the province of Rieti,” the same source added.