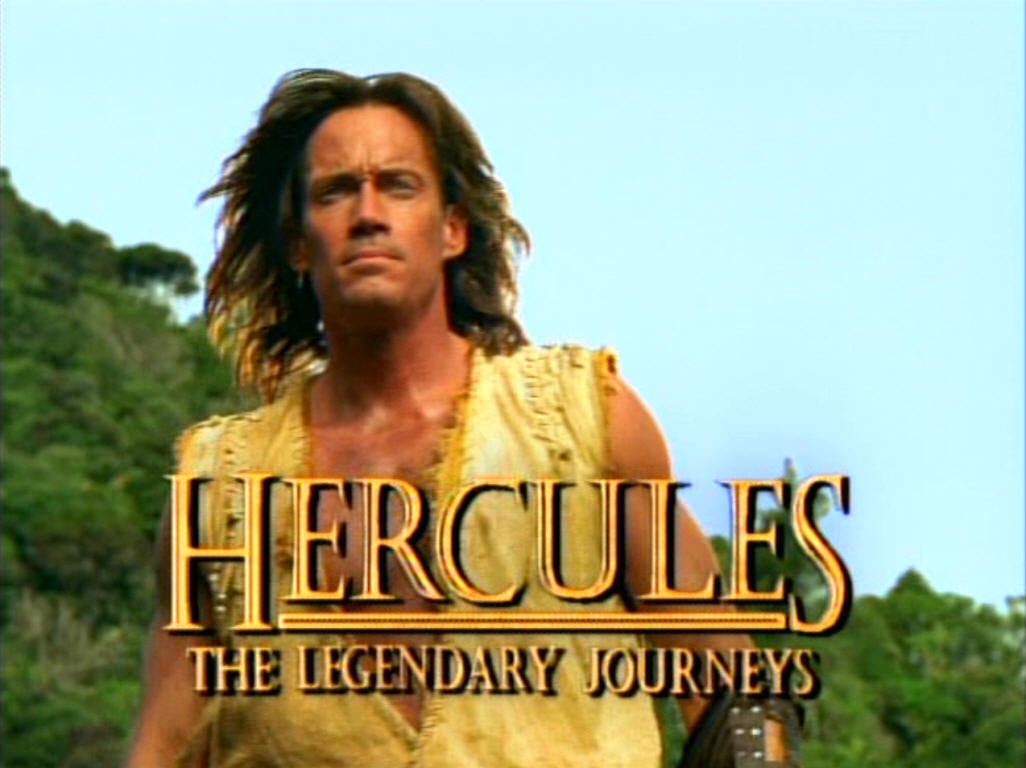 Kevin Sorbo, former star of the TV series Hercules: The Legendary Journeys, is fond of denouncing the liberal consensus in Hollywood and has set himself up as a spokesperson for the Christian right.

He is particularly outraged by political correctness, which he claims is “melting our moral compass” and results in discrimination against Christianity in favour of Islam. “I don’t understand this ‘please embrace the Muslim religion, but not Christians'”, he complains.

In 2010 Sorbo fronted a documentary, produced by the Christian film company Cloud Ten Pictures, entitled The 12 Biggest Lies. Along with “men and women are equal” and “the earth is billions of years old”, these supposed lies included “Islam is a religion of peace”. Among the “experts” who appeared in the documentary were notorious Islamophobes such as Nonie Darwish.

One of them, Jack Kinsella of the Christian Zionist Hal Lindsey Ministries, derided what he called “the popular myth” that the majority of Muslims are non-violent. “If you’re going to use the Muslim definition of what is a good Muslim, then Osama bin Laden is a good Muslim,” he asserted.

Sorbo’s latest film God’s Not Dead, which claims to be a realistic portrayal of the oppression Christians suffer in the US education system, is based on a ludicrous plot about an atheist lecturer who demands that his students sign a statement declaring that God is dead before he will give them a pass grade (yeah, I bet that happens a lot in US colleges). The film also features a sub-plot about a Muslim student who is persecuted by her family after she converts to Christianity.

So you could say that Sorbo has a track record when it comes to Islamophobia. All the same, you might expect that he would draw the line at making light of anti-Muslim violence. But no. This is the ‘joke’ he posted on his Facebook page yesterday, all in the interests of opposing political correctness of course. Perhaps it’s time for Sorbo to check his own moral compass. 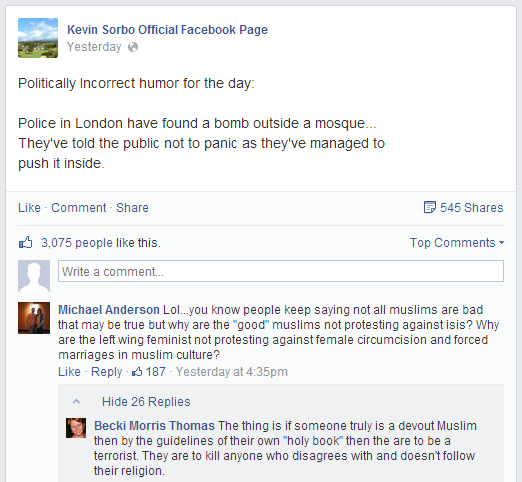