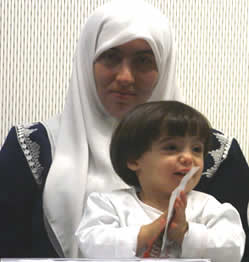 Reuters reports: “The Arab TV channel Al Jazeera rejected on Saturday as unfounded Defense Secretary Donald Rumsfeld’s accusations that it was encouraging Islamic militant groups by airing beheadings of foreign hostages in Iraq. ‘Al Jazeera … has never at any time transmitted pictures of killings or beheadings and … any talk about this is absolutely unfounded,’ the television said in a statement.”

Commenting on the Reuters report, Jihad Watch declare their full support for Rumsfeld’s slanders and indicate that they’re quite comfortable with the idea of US forces launching air strikes against Al-Jazeera’s offices and killing its journalists.