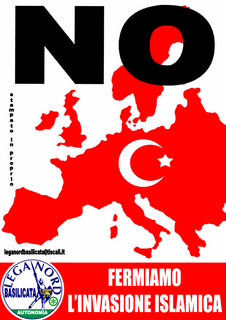 Venice Mayor Giorgio Orsoni wants to put his city on the map as a site of internationally weighty institutions, and a possible Islamic museum plus study center is one of them.

On Monday, the mayor thanked Premier Enrico Letta for considering such a museum for the iconic city’s Grand Canal, which in Orsoni’s view would dovetail nicely with an existing Museum of Oriental Arts, a Council of Europe office in St. Mark’s Square that often hosts Aspen Institute meetings, and a planned Orthodox Church study center, which would rise in the Mestre district on mainland Venice.

The Italian premier said during a trip to Doha that his government “made a commitment to explore the opportunity to build an Islamic museum in Venice on the Grand Canal”. Letta is in the Persian Gulf state on a mission to drum up investment to help to pull the Italian economy after its longest postwar recession.

Orsoni said the concept fits in with Venice’s municipal goal of continuing to bring “great cultural institutions of international breadth to Venice”. The city offered “a special thanks to … Letta for his interest in the creation of an Islamic museum of great international scope in Venice, a sign of the history of this city and its openness to dialogue between cultures and religions”, added Orsoni.

The project was slammed Monday by the regionalist, anti-immigrant Northern League, which suggested Letta should focus on the economy and not cultural institutions. Massimo Bitonci, Senate whip for the League, accused Letta of working to spread Islam in Italy. “We do not want any Islamic museum in Venice”, Bitonci said. “Letta would do better to focus on the economic crisis instead of thinking (of ways) to spread Islam”, he added.

He suggested Letta was attempting to distract attention from a major industrial problem involving electrical-appliance multinational Electrolux, which last week announced a shock wage-cut plan it said was necessary to keep its Italian plants running.

That opinion was buttressed by Lorenzo Fontana, a League Member of the European Parliament, who threatened to put a spanner in the works of such a project. “We will stay day and night in front of the building site and obstruct the work,” said Fontana. “The League will never allow such a mess, the Veneto (region) wants independence, not Islamic museums,” he said, adding that such projects threaten to undermine the foundations of Italian society.

“I can’t believe he is even remotely thinking of putting money into yet another useless museum when our entire cultural heritage, and Venice itself, are at risk”, thundered Veneto Governor Luca Zaia, another Northern League member.