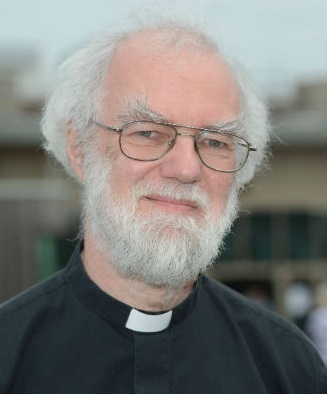 There is no need to “panic” about Muslim primary school teachers wearing the full-face veil in class, the former Archbishop of Canterbury, Lord Williams, has insisted.

He said concerns that young children would struggle to learn from a woman whose face was covered were “largely misplaced” and that there are other ways to “read” what people are saying.

The former Archbishop’s remarks, in an interview for the Christian think-tank Theos, reopen the debate about the place of the niqab in British public life.

It follows a political storm last year after the then Home Office minster Jeremy Browne called for a national discussion about restrictions in some settings such as schools to prevent young women from having the veil “imposed” on them. David Cameron rejected the idea of a ban but said he would “back up” schools and courts that ask women to remove veils.

Lord Williams’s previous forays into the issue of Islam led to one of the biggest crises of his time at Lambeth Palace, when he said in 2008 that it seemed unavoidable that aspects of Sharia law would be adopted in the UK. He was speaking about the growth of arbitration tribunals which already operate on Sharia principles.

His latest remarks come amid an-depth academic discussion about his latest book, The Edge of Words, which examines the meaning of words and language in discussions about God.

During a discussion about the difference between literal and metaphorical speech, he pointed to the ideas of the French philosopher Maurice Merleau-Ponty that words are for more than just describing things.

“As I learn a language, I learn not only to identify objects, I learn how to interact with another speaker,” he said. We all know what happens when people don’t learn that, when they speak without a sense of the codes that are operating – the tone, the timbre, etc.

“I suppose that’s what panics people about, let’s say, a primary school teacher wearing the face veil. As a matter of fact I think that’s largely a misplaced anxiety, but I can see where it comes from.

“I’ve actually been in public discussions in Pakistan with women wearing full face veil, and you learn to read differently, it’s not that those codes don’t happen … but there’s a cultural obstacle to overcome.”