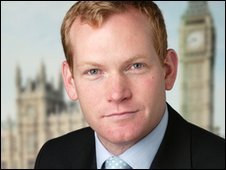 The government should consider banning young Muslim women from wearing the veil in public places, a Liberal Democrat minister has said. The Home Office minister, Jeremy Browne, called for a national debate on whether the state should step in to prevent young women having the veil imposed upon them. His intervention came after a row erupted over the decision by Birmingham Metropolitan college to drop a ban on the wearing of full-face veils amid public protests.

Browne said he was “instinctively uneasy” about restricting religious freedoms, but said there may be a case to act to protect girls who were too young to decide for themselves whether they wished to wear the veil or not.

“I think this is a good topic for national debate. People of liberal instincts will have competing notions of how to protect and promote freedom of choice,” he told the Daily Telegraph. “I am instinctively uneasy about restricting the freedom of individuals to observe the religion of their choice. That would apply to Christian minorities in the Middle East just as much as to religious minorities here in Britain.

“But there is genuine debate about whether girls should feel a compulsion to wear a veil when society deems children to be unable to express personal choices about other areas like buying alcohol, smoking or getting married. We should be very cautious about imposing religious conformity on a society which has always valued freedom of expression.”

It is thought that Browne, who is attending his party’s annual conference in Glasgow, is the first senior Lib Dem to voice such concerns in public. However, there are signs that his views are shared by a number of Tory MPs, who were dismayed at the way the Birmingham Metropolitan College case was handled.

Tory backbencher Dr Sarah Wollaston said the veils were “deeply offensive” and were “making women invisible” and called for the niqab to be banned in schools and colleges. Writing in the Telegraph, she said: “It would be a perverse distortion of freedom if we knowingly allowed the restriction of communication in the very schools and colleges which should be equipping girls with skills for the modern world. We must not abandon our cultural belief that women should fully and equally participate in society.”

BBC News quotes Mohammed Shafiq of the Ramadhan Foundation as saying he was “disgusted” by Mr Browne’s call.

“This is another example of the double standards that are applied to Muslims in our country by some politicians,” he said. “Whatever one’s religion they should be free to practise it according to their own choices and any attempt by the government to ban Muslim women will be strongly resisted by the Muslim community. We take great pride in the United Kingdom’s values of individual freedom and freedom of religion.”

Mohammed Khaliel of Islamix told BBC News that wearing the veil is a matter of basic rights. He said: “A small section of the Muslim community do believe that the face veil is mandatory and they believe that they have to wear it as part of their religious practice. Now, why should I go and rip that off their face saying ‘I don’t think you should believe that’?”