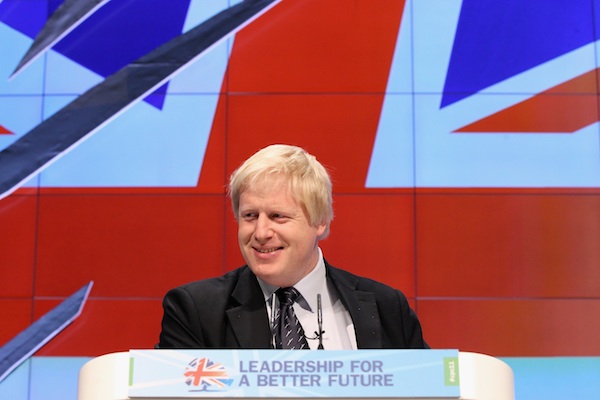 London mayor Boris Johnson devotes his column in today’s Daily Telegraph (“Do nothing, and we invite the tide of terror to our front door”) to the murder of James Foley and ISIS’s success in extending its control over areas of Syria and Iraq.

Johnson asserts that we “need to be far more effective in preventing British and other foreigners from getting out there”.

In order to suggest that this is a specifically British issue, he adds sarcastically: “I am interested to see how many Belgians are there.” Obviously not interested enough to check the figures, though. A report by the International Centre for the Study of Radicalisation estimated that, as of December 2013, up to 296 Belgians had travelled to Syria to participate in the resistance to Assad. The figure for the UK was 366.

Johnson, however, apparently knows better than the ICSR’s researchers how many fighters from the UK are in Syria. He tells his readers that there are “perhaps five or six hundred Britons currently out there”. Where he gets that statistic from is unclear. Five hundred – the figure suggested by Sir Peter Fahey of ACPO – is at the top of the range of official estimates of the number of people who have gone to Syria to join the opposition forces since the outbreak of civil war there in 2011.

It is thought that half of these individuals have since returned to the UK, while as many as 40 fighters have lost their lives. So the number of people still out there is probably little more than a couple of hundred. Furthermore, there is no reason to suppose that the majority of them joined ISIS rather than the other anti-Assad opposition forces – who have been engaged in armed conflict not just with Assad’s regime but with ISIS too.

The majority of young Muslims who travelled to Syria would have been motivated, not by the desire to join a murderous gang of fanatics, but by the entirely admirable wish to defend the Syrian people against the murderous regime of Bashar al-Assad. It seems likely, therefore, that the number of UK citizens who have joined ISIS is in the dozens rather than the hundreds.

Not that any of this enters into Johnson’s assessment of the situation. He writes: “The police can and do interview the returnees, but it is hard to press charges without evidence. The law needs a swift and minor change so that there is a ‘rebuttable presumption’ that all those visiting war areas without notifying the authorities have done so for a terrorist purpose.”

So it isn’t just all individuals who have been fighting the Assad regime who are to be automatically categorised as terrorists, but anyone who has visited the conflict zones for whatever purpose. While everyone else in the UK is entitled to the presumption of innocence, Johnson proposes that the principle of “guilty until proven innocent” should be applied to Muslims. He thinks this represents only a “minor change” in the law.

Johnson appears oblivious to the fact that is it precisely such grotesque double standards that intensify the alienation and resentment among Muslim youth and provide the conditions in which a tiny minority of them can fall for the propaganda of organisations like ISIS.

Of course, Johnson isn’t bothered about that. All he’s interested in doing is throwing some red meat to the Tory rank and file in order to further his ambitions to take over the Conservative Party leadership.